Who Hates Weed? These peeps 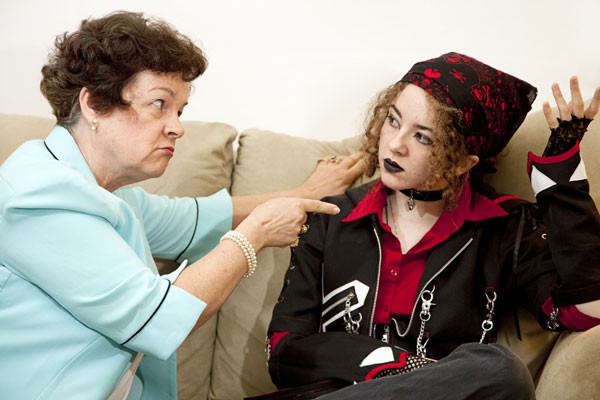 It's no surprise that the vast majority of my interactions, be they electronic or IRL, involve people, businesses and organizations that are "pro-cannabis." Many are employed in the cannabis industry, both recreational and medical, and have a financial interest as business owners, investors or employees—or they're medical patients finding relief from a number of physical and psychological ailments and conditions. Or they're simply consumers: people who partake of cannabis in many forms to enhance, enrich and increase the enjoyment levels of their professional and personal lives.

Others may not have a financial or medical/personal stake, but they have no problem with those who do, and recognize that those who produce, provide and partake of cannabis are their neighbors, friends, children, parents and partners—not strung-out addicts, violent cartel members or whatever endlessly flogged stereotype, probably racist, that the "anti-cannabis" lot created and has put forth for decades. These people may, or may not, recognize and support the tax revenue generated and jobs created by a legalized, regulated recreational program. But they aren't actively seeking to limit access, ostracize or punish those who feel differently.

But both this column and my other work requires exposure to those who feel very differently, and their concerns and fears. The emphasis is on "fears." My recent takeaway has been that people who don't support the growing access to cannabis for recreational and legal use around the country are afraid many, many horrible things will happen when that access is established. (I'm not including anyone who financially benefits from cannabis prohibition—pharmaceutical companies, the correctional facility industry, certain branches of law enforcement, etc., and looking at individuals and advocacy groups.)

Sorry to say, there is no shortage of examples, but two recently came to my attention. They are "trigger warning" worthy, and you may wish to avoid them like one of those SPCA commercials, where they are rescuing those dogs and - CHANGE THE CHANNEL! CHANGE THE DAMN CHANNEL!

While it's valuable to maintain awareness of what those on the "other side" are stating and supporting, it's not much fun.

First up: The brain trust at Facebook made a page suggestion to me for a group called "Parents Opposed to Pot," which took me to their site, poppot.org. If you need a one-stop site filled with hysterical, fear-based misinformation and rabid, ill-informed foaming at the mouth militant hatred of cannabis and those who partake, welcome! There are over 20 different sections of ranting, including, "The Truth of Deaths Caused by Marijuana Overdose." The "Environment" section warns us of those who "Dumpster Dive for Weed that they can sell to others," and Oregon even gets a shout out in a piece called "Marijuana Lobby Plays Retribution and Slander to the Max." Enter this tin foil hat brigade of fuckery only after finding a relaxing strain, abandoning all hope of rational thought and constructive engagement.

Up next: The Garden State of New Jersey is exploring implementing a regulated legalization program for cannabis. Recently, the Legislative Black Caucus, comprised of 19 Democrats, heard testimony. During the first of three forums on the matter, they heard from 17 speakers—only two in favor of legalization. The meeting was organized and led by Sen. Ronald Rice, a former Newark police detective opposed to legalization. He refused to allow testimony from the head of the local ACLU-NJ coalition, New Jersey United for Legalization Reform, and instead recruited 15 fervent anti-cannabis speakers with the help of the Virginia based nonprofit Smart Approaches to Marijuana.

SAM fears that "Big Cannabis" is on par with "Big Tobacco," but that's just one of their fears. Regarding medical marijuana, they state, "Smoking the raw form of marijuana is akin to smoking opium to get the effects of morphine," and that "marijuana meets the technical definition of Schedule I because it has a high potential for abuse and has no FDA-approved use." They're pro-Sessions. Enough said.

This is what prohibitionist belief systems look like. If you want to convince those on the fence about cannabis, explore what the opposition believes. Then speak truth to power, loudly.