Who's Ready for Live Music and Warm Weather?

March 26, 2019
comment
A Central Oregon summer-into-fall wouldn't be the same without the Sisters Folk Festival. This week, the fest announced its initial lineup and unveiled the stunning new poster for 2019.

This year's poster is another original from local artist Dennis McGregor that encapsulates everything SFF is about. 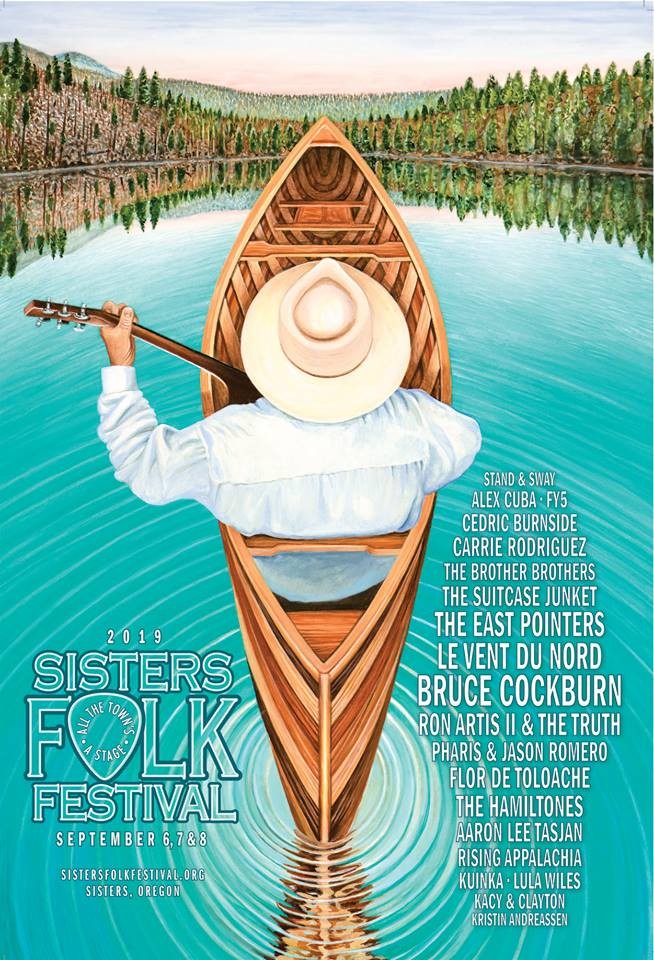 "The title is 'Ripples," said McGregor in a news release.

"Sisters Folk Festival loves songwriters. Since its earliest years, the festival has provided an extraordinary opportunity for those who are interested in the craft. The Americana Song Academy found a home at Caldera on the banks of Blue Lake 18 years ago. Since the program was launched, many people have had life-changing experiences there. Word of the experience spread and the 'ripple effect' continues to this day."

Seeing the person on the poster ride over blue waters in a canoe, with guitar in hand really captures the feeling of summer and the unique atmosphere SFF provides as a destination for music.

This year's initial lineup is built with another eclectic mix of artists that will deliver a little something for everybody:

The rest of the lineup will be released by mid-June. Learn more here.