Why Are You Here? | Culture Features | Bend | The Source Weekly - Bend, Oregon

Why Are You Here?

Why are you here in Central Oregon? Why is a small word with infinite layers

Those who read my last message, "Right on Time," in the Source Weekly, know Wendy and I recently arrived in Bend after living 50 years in Flagstaff, Arizona. The reason we are here is simple on the surface: our daughter, Jessie, our son-in-law, Jesse, our grandchildren and a miracle housing opportunity. 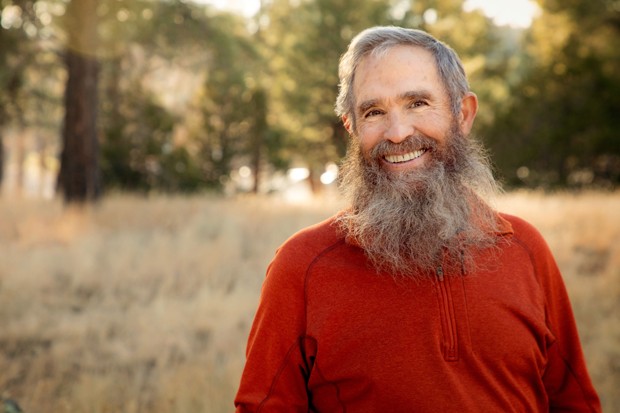 We were able to buy the house adjacent to theirs, take down the dividing chain link fence, and in doing so, created our own family compound. Wendy and I giggle and weep tears of joy multiple times a day as we soak in our new reality.

We've been up cross-country skiing at Virginia Meissner Snow Park at least 10 times; walked, shopped and eaten down by the river; driven out to Sisters; been up to see Jesse's grandparents in Madras. As I write, reality hits. The true reason we are here is because of Grandmother and Granddad.

Over 60 years ago, Jesse's grandparents lived in Texas. They were in their mid-20s. Granddad and Grandmother both went to college, then Granddad studied and graduated from seminary. After graduation they took an assignment on the Confederated Tribes of the Warm Springs Reservation. They had never seen it prior to committing their lives to their mission. On pure courage and faith, they headed northwest into the unknown.

I know few of the thousands of details of the story, except that they raised three wonderful daughters, touched untold thousands of lives, and made Central Oregon their home.

They are the reason Wendy and I are here today...

Twenty years ago, our daughter Jessie wanted to play collegiate volleyball. She connected with the coach at Southern Oregon University, came up for a tryout and made the team.

In her second semester at SOU, she met Jesse in their Philosophy 201, "Death and Dying" class. They liked each other early on and one thing led to another. One weekend, they traveled up to Madras to meet his family. Jessie called the next day and told me Jesse's family was the warmest, most loving family she had ever met. I always trust her word. They were married four years later by Granddad and recently celebrated their 14th wedding anniversary.

Grandmother and Granddad are now 89 years old. Their health has been failing recently and the entire family has pledged to care for them. Every member pitches in to cook, shop, clean, spend the nights, just be there...the same way they were always there for all of them.

The one book that tugs at me more than any other is Viktor Frankl’s “Man’s Search for Meaning.” In it he explores what allowed prisoners in the German concentration camps to maintain their spirits despite the brutal insanity they lived in. tweet this

When I first met the family many years ago, I agreed wholeheartedly with Jessie. They were the most loving people I had ever met. I am Jewish. Granddad is a Southern Baptist preacher. Before the meal, whether it was Thanksgiving, Christmas or just a family get-together, we would gather round the table and hold each other's hands, always more than 20 of us. Granddad would look over to me and ask if I would say the prayer. It became my role whenever we visited them in Madras.

Why are Wendy and I here in Bend?

Who could really answer that question?

Why are you here in Central Oregon?

Why is a small word with infinite layers.

The one book that tugs at me more than any other is Viktor Frankl's "Man's Search for Meaning." In it he explores what allowed prisoners in the German concentration camps to maintain their spirits despite the brutal insanity they lived in. It came down to purpose. What was their purpose in life? Could they still do their daily rituals? Could they still help other people in need? Could they still be thankful for all they did have? Could they make a difference some way, somehow?

Why are any of us here in Bend?

I believe, just like Grandmother and Granddad, simply to make our little piece of this beautiful place a notch brighter than it was upon our arrival.

And to enjoy the grandchildren.

We are beyond blessed to be here!