Why Fight Against the Tide?

Life moves like a river—or something like that. And for those of us who live in the area, life sometimes revolves around a river, too: the mighty Deschutes. Whether you're planning your schedule around the next paddling trip or float, admiring its beauty or using it for meditative purposes, the Deschutes is a constant in our Central Oregon lives. Even those who move away remember its power and draw, which is what happened to Bend native Meekoh in his latest music video, where he takes experiencing the Deschutes to a whole new level.

Appropriately titled "From The River," Meekoh made the trip back to Bend to shoot the music video right on the river. It begins with scenes of the water flowing among the rocks, then transitions above to drone footage capturing the water world below. As it zooms in, you almost become a little shocked—because there Meekoh is, floating on his back in the river with nothing but his guitar. 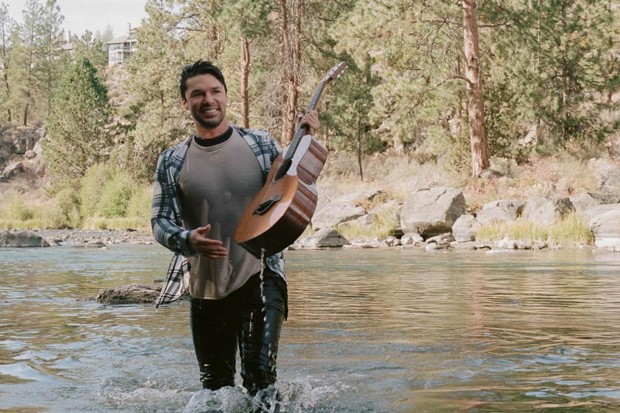 Visually, the video is stunning. Not only does it help one appreciate the beauty of Central Oregon, but hats-off to Meekoh for really diving in and committing to the vision. Just as he sings, "I'm from the river, she's from the sea," by the video's end Meekoh floats all the way back to those western shores—back to the love of his life.

"I wrote this song for the love of my life during the pandemic. She has a life-threatening disease called Cystic Fibrosis which forced us to leave L.A. and travel to the small gold mining town of Jacksonville, Oregon," said Meekoh in an email. "I spent the next several months in a small cottage where I found peace and fortitude in the midst of all the chaos that was going on in the world. Every day I woke up to the birds chirping, rivers flowing and trees whispering in the wind. It was during this time that I was able to finish writing this song which I had previously started writing over a year before the pandemic started."

Not only did Meekoh record the song in a makeshift studio in that same cabin, but this was also the first time the singer's ever produced, written and recorded a song all by himself. Clearly he's a natural, because "From The River" is truly both a beautiful and catchy folk song. Its vibrant strings and joyful harmonies are matched with Meekoh's writing. He fills the song up with raw emotion and shares important messages on love and life we all need to hear. It's one of those songs that melts right into your core to speak to your heart.

"I used real instruments on every part of the song because I wanted to create something that felt real and alive. A symbol of what love has given me," he added.

On "From The River," Meekoh makes it clear that you can't fight the current of love and life. While both seem like the unknown, sometimes you have to trust that the river will take you where you need to be.

Watch the video for "From The River" on YouTube and listen to the song out now on Apple Music and Spotify.