Why Redistricting Matters and How You Can Take Part | Editorial | Bend | The Source Weekly - Bend, Oregon

Why Redistricting Matters and How You Can Take Part

The lines defining districts for state House and Senate, along with U.S. Congressional Districts, have an opportunity to be redrawn based on shifts in population

Just when you thought we'd put aside politics for a while—so soon after an emotional and contentious 2020 presidential election—more intrigue is ahead. Every 10 years, following the U.S. Census, the lines defining districts for state House and Senate, along with U.S. Congressional Districts, have an opportunity to be redrawn based on shifts in population.

Oregon overall has seen huge population growth since the last Census in 2010—with the Bend area seeing some of the most explosive growth in the state. With that, it's very likely that the districts for Oregon's House District 54—the seat currently held by Rep. Jason Kropf (D-Bend)—and Oregon Senate 27—the seat held by Sen. Tim Knopp (R-Bend) will need to be redrawn. More broadly, the lines for Oregon's Congressional District 2—a vast district that includes all the land east of the Cascades, and Medford, too, will likely see a redrawing. 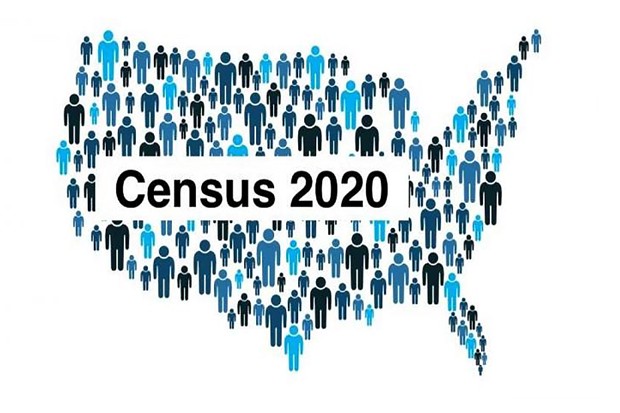 This process of redistricting, as it's called, has huge implications for how communities are represented in government—and how they're drawn can generate loads of controversy, as we saw when the lines for House District 53 and 54 were drawn in their current form, creating a House 53 "donut" encompassing Sunriver and Redmond, and surrounding the House 54 "donut hole." Bend, even back when those lines were drawn, was the more liberal-leaning bastion surrounded by a more conservative donut. With Bend's influence and blue-leaning population only growing, it's very likely that portions of what is now the more conservative House 53 could soon be absorbed by House 54—something that stands to either placate or infuriate folks who find themselves represented by a member of a different political party.

In a normal time, this process is fraught with potential for political intrigue—with the gerrymandering of districts to favor one party or another, not the least of the intrigues. But in keeping with this wild year that we have all experienced, the coronavirus is peeking its head in and delivering even more hiccups. Because Census workers were unable to collect population information as quickly as in years past, the U.S. Census Bureau has already stated that it would not be delivering its population information by the usual April 1 deadline—a deadline set by the Oregon Constitution. Under that same Constitution, the state legislature has until July 1 to submit new maps to Gov. Kate Brown for her approval. If those maps are not submitted by July 1, it's up to a panel of five judges to draw the congressional districts, and up to the secretary of state to draw the maps for state legislative districts. Newly elected Secretary of State Shemia Fagan has already announced that she's preparing to do just that—and that's where some of the current intrigue lies.

Sen. Tim Knopp, a member of the Senate Redistricting Committee and Republican in a state with supermajorities in the House and Senate, and with Democratic representation in both the governor and secretary of state's offices, is among the bipartisan leaders pushing for an extension of Oregon's deadline, which would be decided by Oregon's Supreme Court.

In the meantime, hearings have begun across the state, aimed at helping Oregonians understand the plans for redistricting. Without knowing the final Census tally, and without any maps yet to show voters what things might look like, the public is currently being invited to learn more about the process and how it might affect their representation in Salem and Washington, D.C. In a process that can be fraught with much controversy—especially when one party controls all branches of state government—thus far, lawmakers appear to be united in the front to change the deadlines. We can only hope that this bipartisan spirit continues when and if the Oregon Supreme Court decides to extend Oregon's deadlines.

While there's much left to be seen about this process, the way to engage right now is to attend the next virtual hearing for Region 2, which happens Saturday, Mar. 20. Another meeting was held March 10.

"I cannot stress enough how important it is for our communities of interest—BIPOC folks, members of the LGTBQIA+ community, women, immigrants, refugees and rural communities to be active in this process," Sen. Lew Frederick (D-N/NE Portland), a redistricting committee member, said in a press release.

As Knopp put it, "This is one of the most important opportunities to participate in when it comes to our Constitutional Republic."

People can get more information or sign up to testify at: oregonlegislature.gov/redistricting/.