Why the Black Market Persists

Even with vape-related illnesses strongly linked to unregulated products, price and other factors keep some in the shadows

The rapidly growing cannabis industry has a complicated relationship with a competing market segment, often described with a loaded term: the Black Market.

"Black Market" references exchanges in which seller and buyer deal in illegal goods and/or avoid taxes and regulations by conducting their business "in the shadows," hence the "black market." It's both an example in which "black" is used to denigrate (black sheep, black mark) with an association of negative attributes, and an example of subtle racism. The preferred term is "unregulated marketplace." 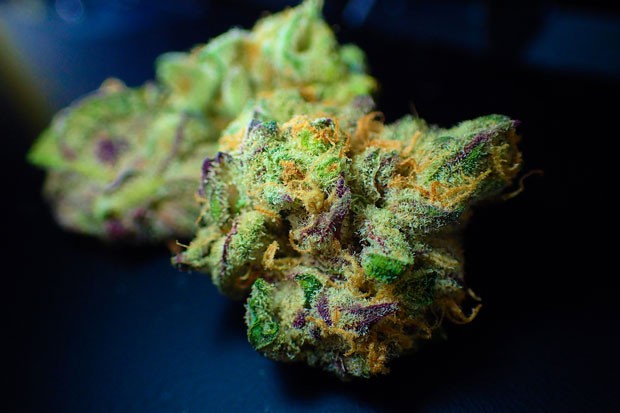 Due to the ongoing situation around E-cigarette, or Vaping, Product Use-Associated Lung Injury—or EVALI—the unregulated marketplace is under intense scrutiny. As the Centers for Disease Control and Prevention has announced, the vast majority of the vape cartridges which caused health issues for users were obtained from the UM and cut with ingredients such as Vitamin E acetate. (Don't buy untested cartridges!) Lack of testing, and producers driven by profit over safety, are an ugly truth of purchasing outside the regulated system. Illegal large-scale outdoor grows can also result in pesticides and worse making their way into waterways.

The unpleasant aspects of the UM were present everywhere long before regulated programs, and continue to exist and in some markets, thrive. In California, for every dollar spent in the regulated market, three is spent in the UM. This isn't welcome news to those who obtained their cannabis business licenses, who continue to pay exorbitant taxes and deal with myriad challenges not imposed on any other industry in the world. So why are people still scoring in the shadows?

Price: Without the costs of licensing and operating a business, products are available for lower prices, excluding tax. The "exit bag" is a zippered plastic sack; "testing" means you smoked a joint with the grower, and the savings are yours.

Convenience: Cities and municipalities that have banned the production and sale of cannabis can create "dispensary deserts," leaving residents with the sole option of traveling hundreds of miles to the nearest licensed dispensary. With a mere 591 licensed dispensaries in the entire state of California as of September 2019, the spread means over 70% of the state is such a desert.

Corporate Cannabis Chads: I strongly suspect I don't share the same values as the C-Suite at MedMen, and would rather see my cannabis dollar go to a friend, indeed, who grows wicked weed, than to those who advocated against giving medical marijuana patients the ability to grow for themselves, such as is the case in New York. My weed-growing friend also believes that trying to hurt medical marijuana patients sucks, so yeah, I'm gonna go ahead and buy their (superior) weed instead. I know exactly where my money is going: their pocket. It's the essence of supporting small craft producers and shopping within the community.

People of Color: In parts of Los Angeles, despite promises of social equity to help people of color enter the industry, new business licenses—including those intended for social equity—are frozen while the City investigates its own processes around the social equity program. For some, accessing cannabis through someone in the neighborhood through the unregulated marketplace makes more sense, on numerous levels.

Respect the OGs: State Adult Use recreational programs are built upon the backs of medical programs, and both programs are born the unregulated marketplace. This was the original "cannabis industry," and didn't come with the multi-million-dollar golden parachutes the modern cannabis CEO might encounter. It did come with the constant threat of arrest, jail time, or worse, for the "crime" of something that is now enriching people like John Boehner. The people who smuggled, sweated and struggled deserve enrichment as much as he does, to say the least.

There are far more benefits than drawbacks to purchasing tested products from a licensed dispensary—but doing otherwise isn't to be viewed as a failing. The best way to reduce/eliminate the UM is to welcome its members into the fold with amnesty, licensing support and other programs. There's room for us all.