Inspiration happens through various formats. The Wild and Scenic Film Festival presented by Oregon Natural Desert Association and sponsored by E2Solar at the Tower Theatre brings inspiration through visual storytelling on Friday, Sept. 30. The short films highlight activists working on environmental issues across the globe. And in the case of "National Parks 'One Star Reviews'" they also poke a little fun at irreverent reviews of America's crown jewels. 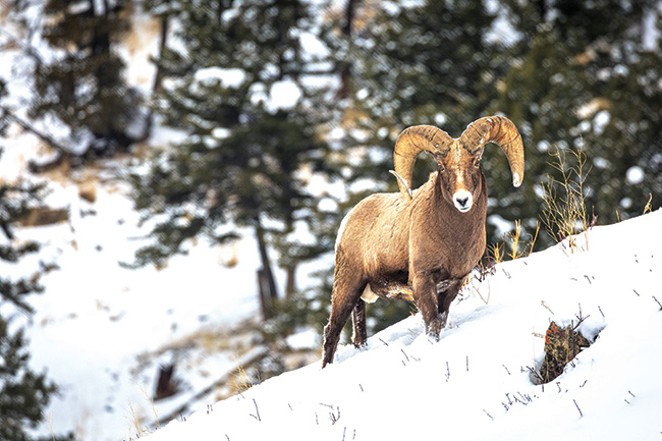 "The Wild & Scenic Film Festival was started by the South Yuba River Citizens League," said Hana Hart, ONDA membership and engagement coordinator. "Each year they bring over 100 short films to their festival, and then they offer a selection of those films as 'on tour' films and allow other nonprofits to curate a lineup of films and bring a shorter, on-tour version of the festival to their hometown."

The tour consists of 10 films that ONDA selected for this year's event, which include in-person viewing at the Tower Theatre or online streaming at home.

"I'm glad to be bringing a handful of films that are specific to the northwestern United States ("Finding Salmon" (2 min.), "Guardians of the River" (14 min.), "Land of the Yakamas" (9 min.), as it's always fun to see gorgeous films from places we know well," said Hart.

“The main thing I want the audience to take away from the festival is how impactful one person can be when it comes to conserving and stewarding our earth.”—Hana Hart tweet this

"Guardians of the River" shares the vision of Klamath tribal leaders and their vision of removing four dams along the Klamath River to restore salmon runs, riparian habitat and tribal justice.

Another river-related film, "The Voice of a River" (11 min.) is the story of Mark Dubois, who protested the flooding of the Stanislaus River by chaining himself to a rock upstream of the New Melones Dam.

"Originally, the goal behind the film was to celebrate Earth Day and the Executive Producers (Monica Gonzalez and Jarvis Smith) and Citrix (sponsor of the film) were exploring different angles for a short piece on the topic, the story of Mark Dubois and his activism in the face of the New Melones Dam project in 1979," said Carlos Gonzalez, owner of Illumirit Productions. "Mark's connection to the Stanislaus was undeniable and I felt one of the more powerful ways to have a discussion about conservation of this planet." Dubois's actions show how one person can influence change.

Internationally, "The Bat Woman and Bat Man of India" (7 min.) features two Indian chiropteran researchers at Osmania University whose passion for bats and each other wasn't inspired by wine and roses, but rather by dead bats, which they exchanged as endearing gifts. Their unique relationship led them on a unique and at-times-dangerous journey to protect bat species in India, in particular the Kolar leaf-nosed bat that hadn't been observed in India since the 1980s.

"Ghost Ponds" (12 min.) tells the story of disappearing habitat in England and Wales as agriculture fills in ponds and wetlands at an accelerated rate. The buried ponds leave a "ghostly" mark on the landscape that researchers target to unearth seeds buried in the sediments to revive these dead habitats.

"The main thing I want the audience to take away from the festival is how impactful one person can be when it comes to conserving and stewarding our earth," said Hart. "I want folks to feel inspired to get involved and to understand that however they choose to engage—donating, volunteering or advocating—it all matters. Our community of supporters makes our work possible!"

General admission tickets are available online from the Tower Theatre. Doors open at 5 pm and all proceeds go to benefit ONDA's work to protect, defend and restore Oregon's high desert wild lands, waters and wildlife. For streaming, the virtual waiting room opens at 5:30pm, and only one household member needs to register for this free option.