Against a Deschutes River and basalt backdrop at Tumalo Creek State Park, nationally renowned river advocate, Tim Palmer, gave a heartfelt dedication for the release of 12 forever stamps, commemorating the 50th Anniversary of the Wild and Scenic Rivers Act. Among the dozen, Palmer's own photographic creations showcase the Skagit River in Washington, Flathead River in Montana, Snake River in Wyoming and the Ontonagon River in Michigan. 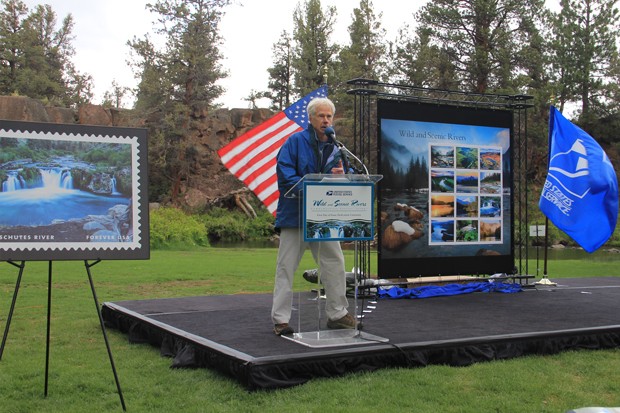 Considered by Paddler magazine to be, "One of the top ten river conservationists of our time and one of the 100 greatest paddlers of the last century," Palmer's images became part of the U.S. Postal Service's Wild and Scenic collection after the agency called him to fact check their narrative for the stamp release.

Palmer and wife Anne (former commercial guide in Utah and Colorado), settled in Port Orford, Ore., in 2002, landing in the Beaver State by way of Beaver, Pa. Although, according to Palmer, on the Oregon Coast, "There's a river every 10 miles," the Elk River is his favorite. After joining the Wild and Scenic ranks in 1984, Congress expanded the Elk River's protected mileage in this year's legislation, adding 16 tributaries. "The Elk comes out of phenomenal rainforest gorge and empties into the sea. I like to paddle the lower section in a canoe—the upper section is too hard for that," Palmer said.

Besides his excitement to educate the public about river advocacy and protections through the passive, accessible and everyday medium of postage, Palmer is stoked to be promoting his recently released book, "America's Great River Journeys," the fifth in his collection featuring Oregon.

Palmer attributes the greatness of Oregon’s waterways to, “Having lots of precipitation and mountains.” tweet this

Palmer attributes the greatness of Oregon's waterways to, "Having lots of precipitation and mountains. Water draining creates valleys in between ranges. The topography in other states makes rivers not suitable for running. Oregon's climate is also temperate, not too hot or cold. This all makes our state ideal for paddling." 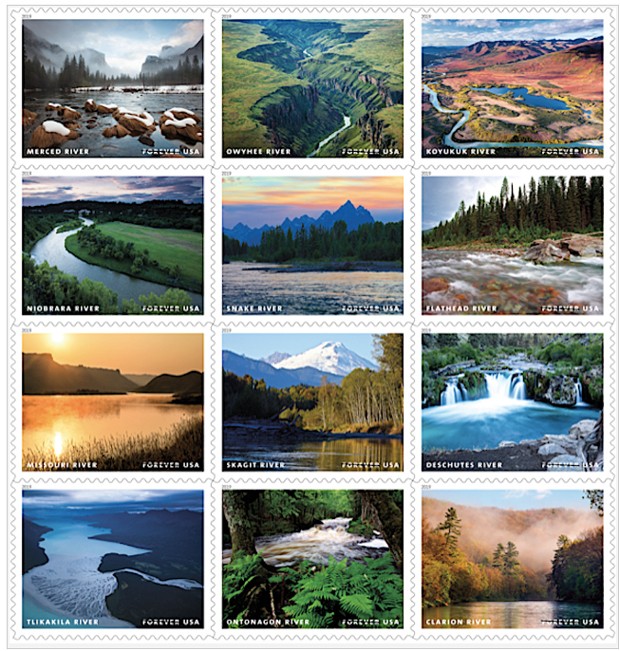 And speaking of paddling, Palmer still gets after it. He and his wife plan to navigate the Minam River (in the northeast corner of Oregon) during a two-day inflatable kayak float later this summer.

The float trip that left the most lasting impression was a Warm Springs-to-Columbia-Mount trip on the Lower Deschutes River in 1977. The adventure took one week and required a shuttle hire at the impassable Shearers Falls. All this in the quintessential Avon Adventure boat he and Anne still rock today. Palmer lets a little bit of his inner dirtbag leak out, explaining, "I don't like to buy a lot of new stuff."

Gail Snyder, director of Coalition for the Deschutes, an organization aimed at conservation, conversation and community engagement around river issues, appeared on KPOV's "Radical Song Book" show in 2018 with Palmer. Now, Snyder and the Coalition are hosting Palmer for a presentation in Sunriver June 4.

To listen to the 2018 audio with Snyder and Palmer, visit: https://kpov.org/radical-songbook-podcast/2018/4/25/deschutes-river-restoration