The new permit system goes into effect in May. Now we know what it really looks like.

For the past several years, officials from the Deschutes and Willamette National Forests have been engaged in a process aimed at managing overuse in the Mt. Jefferson, Mt. Washington, and Three Sisters wilderness areas. We've known since last year that a day-use permit system, with a cap in the number of users per day, was coming for 19 of the wilderness areas' most popular trails, such as Green Lakes, South Sister and Broken Top. We've also known that 79 trailheads would soon fall under a similar, limited-entry permit system for overnight trips.

Until this week, however, the public didn't yet know how much those permits would cost. Some argued that charging nearly any amount would be a barrier for low-income individuals wanting to access some of the area's most popular trails. Others complained that this was an example of government overreach—impacts of overuse be damned. 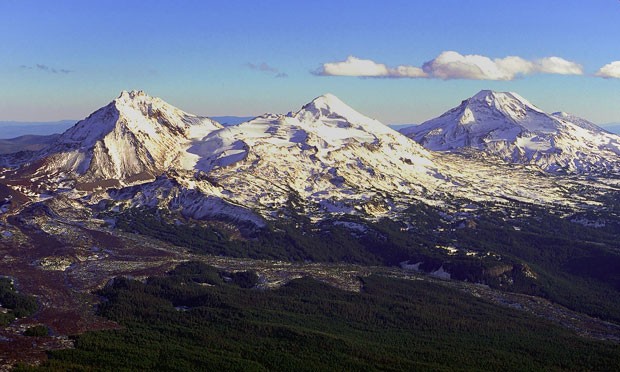 This week, forest supervisors announced the prices: Free day-use permits for those 19 popular trails, and $6 for overnight permits at 79 trailheads (plus a $1 processing fee for any type of permit bought at Recreation.gov—though that processing fee doesn't go back to the forests).

This is a good compromise—at least for now—and yet it comes with an asterisk. The zero-cost (minus processing fee) option for day-use permits alleviates the concern by some that a new permit system would pose as a barrier for the financially challenged. It also stands to placate those who complain about "government overreach"—often a catchphrase that, at its core, may often mean, "we don't want to pay to use public lands."

The $6 overnight permit fee is reasonable for those recreationalists invested enough to be spending nights in the wilderness—especially when you consider that the permit fees are intended to be re-invested in the wilderness areas for the purposes of "wilderness stewardship projects, visitor education and outreach, trail work and resource monitoring," as mentioned on the Central Cascades Wilderness Strategies Project web page.

But that's where the asterisk comes in. We'd hope that at least part of the fees collected would be utilized for enforcement of the permit system—otherwise, what's the point? If bad actors become aware that there are no consequences to bucking the permit requirements, the efforts of the past several years would be something of a waste. Wilderness areas would continue to see the impacts of overuse, including the construction of structures, damaged trees, accumulation of garbage and unburied human waste. People would continue to risk their lives parking along the Cascade Lakes Highway.

The new permit system goes into effect in May, and it won't be until the busy days of summer arrive that we will begin to see whether the dollars gleaned from overnight permit fees—as well as the goodwill of people who believe in the rule of law—is enough to truly stem the tide of overuse at these trails. (EDIT, 2/14: For this year, that $6 doesn't go to the Forests, either—though it's expected to go toward the Forests next year.)

And for those still worried that this is a case of government overreach, you have until April 30 to enjoy the Green Lakes trail, permit free.

Editor's note: The original version of this piece misstated the website used for reserving permits. It is Recreation.gov, not Reservation.gov. We regret the error.