In Central Oregon, the threat of wildfires looms on the horizon for most of the summer. Whether it's the impending doom of apocalyptic smoke clouds or nightmares of complete annihilation (like Paradise, California), locals definitely worry about wildfires.

But Central Oregon has also developed a national reputation as a place where diverse groups and agencies can work together on long-term solutions for wildfire prevention, as well as short-term action plans for fires close to its towns. 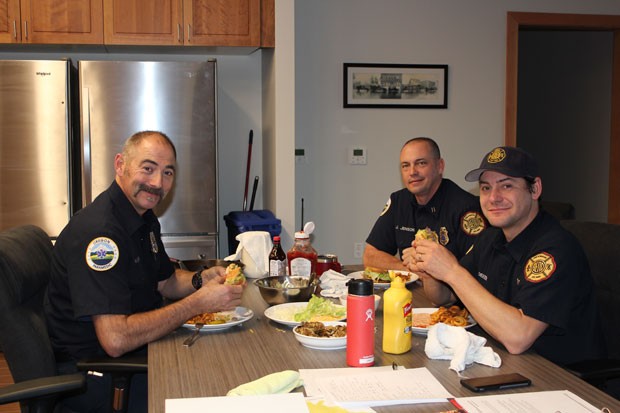 The Deschutes Collaborative Forest Project steering committee uses a consensus model to develop recommendations to restore the forest around Bend to its natural, historic state. The goal is to prevent the danger of wildfires close to town and to keep the forest resilient to insects, disease and climate change.

"Over the years the ecosystems were disturbed when fire was suppressed and there was heavy logging," said Bend Mayor Sally Russell, who serves on the steering committee. "All the prescribed burning you see around the edges of Bend, that only happened after intense work and compromise with loggers, timber companies, environmental groups, a wildlife biologist and many other stakeholders."

The burns are part of a 26,000-acre restoration project that earned the group the "Chief's Honor Award" in 2017 from the National Forest Service. It's the highest award NFS gives out.

Because of her experience working with DCFP, Russell was appointed to Gov. Kate Brown's Council on Wildfire Response. The group discusses ways that the state and communities around Oregon can work together to reduce the risk of wildfires. The council assesses the impact of fires on health, homes, businesses and the overall economy of Oregon. It has identified three goals:

-Create adaptive communities that can recover quickly from wildfires

-Restore landscapes so they are more fire resistant

-Establish a game plan to respond to fires safely and effectively in a coordinated, statewide effort

Bend Fire & Rescue is part of the integrated plan in Central Oregon to protect the city from nearby wildfires. It has a close partnership with the U.S. Forest Service, allowing BFR to assist with fires that happen within 5 miles of the borders of the Deschutes National Forest. DNF firefighters can also assist BFR if they need help in town.

BFR has also increased its capacity to fight fires within Bend and the surrounding areas by both improving local fire stations and adding a new one. BFR opened the Pilot Butte Fire Station last month, designed to evoke the look of Bend's historic firehouse, which opened in 1920 on NW Minnesota Avenue. That old station is now home to the Brickhouse restaurant.

Dave Howe, who retired from his role as public information officer for Bend Fire & Rescue last week, said the city wanted to build a new station to better serve people in the neighborhoods east of NE Butler Market Road and Eighth Street and beyond.

"There was a hole in our response pattern in the past," said Howe. "We get a lot of calls from Pilot Butte and Bear Creek School area. We've been able to drop (the response time) by 30 seconds."

Meanwhile, the Deschutes Rural Fire Protection District opened its new Tumalo Fire Station Dec. 3, which has renewable energy features, a fire pole, single-room dorms for the firefighters and a spacious kitchen and living room. Howe said that he envisions that new station may serve as a community center in the years to come.