Brown approved the emergency declaration—which allows the Oregon Office of the State Fire Marshal to bring in more resources—for the Beachie Creek (also called the Santiam Fire), Lionshead and Holiday Farm Fires. The Beachie Creek and Lionshead fires are burning the Santiam Canyon, east of the Salem area and west of the Central Oregon town of Sisters.


The Holiday Farm Fire is not far away from Central Oregon, either, burning around the scenic area of McKenzie Bridge. People who live in parts of the evacuation zone are being asked to gather at the Deschutes County Fairgrounds in Redmond. 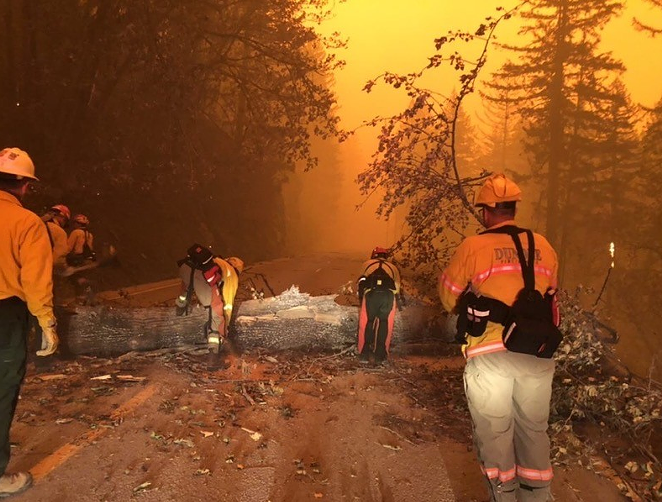 That fire, which started Monday, is estimated to be burning about 37,000 acres,  and was 0% contained as of Tuesday evening. So far, a number of homes and structures have been destroyed, the Oregon State Fire Marshal reported late Tuesday. People living in the areas of Vida, Blue River, Mohawk, McKenzie Bridge, Leesburg and Waterville have been ordered to evacuate. This afternoon, firefighters helped 46 people evacuate the area, after they were stuck on roads that were blocked by fire and debris. Crews are still trying to find anyone who may be still stuck in their homes, the Oregon Fire Marshal reported.


Thurston High School is the evacuation point for those in Blue River and west of Blue River. People east of Blue River are encouraged to travel east to the Deschutes County Fairgrounds in Redmond. William has opened the Bob Keeper Center (250 S. 8-M St., Springfield, OR 97478) and William Adult Activity Center (215 W. C St., Springfield, OR 97477) as temporary rescue shelters for community members who have been evacuated or lost power.

In addition to homes and structures, communications towers along Highway 126 have also been destroyed, and crews are working to re-establish those connections.

Near Salem, the Oregon Department of Corrections moved prisoners from three of its facilities due to threats from the Beachie and Lionshead wildfires moving down the Santiam Canyon. Officials relocated over 1,400 inmates to the Oregon State Penitentiary in downtown Salem Tuesday.


Two other fires in the area around Ashland, the Almeda Fire and the South Obenchain Fire are also burning, and prompting officials to close parts of Interstate 5. The Frog Fire, which burned near Prineville and was over 4,000 acres, is now 100% contained. 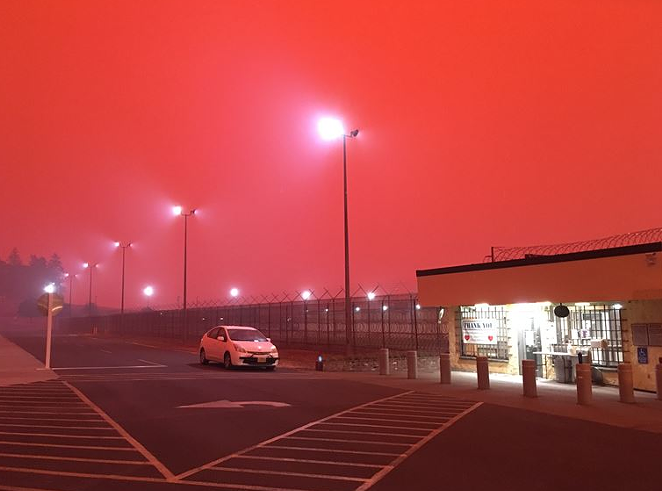 In Central Oregon, the Central Oregon Fire Information website offers daily updates on fires in the region, and recommends people text "COFIRE" to 888-777 to receive wildfire and prescribed burn text alerts for the area. tweet this
"This past weekend, we experienced significant wind that is fueling wildfires with devastating consequences across Oregon, on top of a dire pandemic," Brown stated in a release Tuesday. "For people and families in the evacuation areas, please listen to local calls to evacuate as needed — these lifesaving measures can protect the lives of you and your loved ones, as well as our firefighters. In addition, I am asking all Oregonians to remain vigilant with any activity that could spark a wildfire during this historic wind event. We all need to do our part to help the many firefighters battling multiple fires across Oregon."


Fire officials advise people to check the websites of their local sheriffs' departments for the latest orders, as high winds continue to make fires spread quickly. In Central Oregon, the Central Oregon Fire Information website offers daily updates on fires in the region, and recommends people text "COFIRE" to 888-777 to receive wildfire and prescribed burn text alerts for the area.


Many roads closed in and out of Central Oregon


Roads in and around Central Oregon remain closed Tuesday due to the wildfires in the area. People traveling should check tripcheck.com before traveling to ensure the roads they are traveling on are open, officials say. As of Tuesday evening, U.S. 97 is closed to travel from milepost 227, near Chiloquin, to milepost 249. In addition, as of early Tuesday, U.S. 20, the Santiam Highway is closed between Sweet Home and Santiam Junction, from milepost 33 to 72, along with OR 126 McKenzie Highway and OR 22 Santiam Highway. OR 58 - Willamette Highway is open for travel between the Willamette Valley and Central Oregon. In addition, portions of Interstate 5 remain closed in southern Oregon. 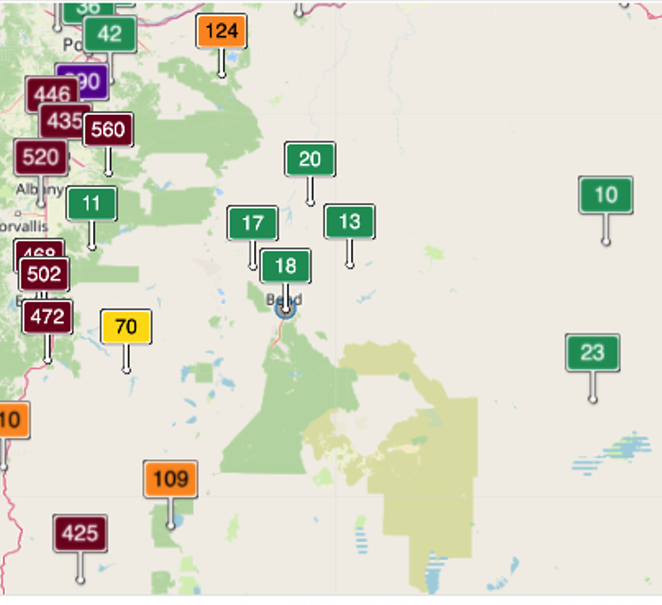 For now, emergency officials recommend not driving unless you're evacuating an area. If you are forced to evacuate, the Oregon Department of Transportation offers the following tips:


If you are driving and encounter heavy smoke here are some steps you can take to help stay safe.

Slow down and stay alert. Slow driving gives you more time to respond to unexpected conditions.

Turn on your headlights. Even during daylight hours your headlights will help others on the road see you. Use low-beams as high-beams reflect off the moisture in the air and cause glare.

Use fog lights. If you have them, fog lights can help cut through the smoke.

Check your entire route before setting out. Conditions may be very different at your destination.

Find an alternate route. Fire is wildly unpredictable, especially in high winds. If at all possible find a route that takes you away from fires.

If visibility becomes too dangerous to continue, pull off to the side of the road as soon as safely possible.

Never stop in a travel lane. Look for a safe area completely off the road if possible and turn off all lights, including flashers, until it’s safe to continue.

Don’t tailgate. Keep a steady, reliable pace. Remember that everyone else on the road is in the same fix you’re in. They’re counting on you to help show the way.

Roll up the windows. Set your fan to recirculate.

Have your car ready before you go. Make sure you have a full gas tank before leaving and your vehicle is in good condition. Have water, food, and medications with you – and for any pets you bring.


This story will be updated.