Will This Be the Most Progressive City Council in Bend History? | The Source Weekly - Bend, Oregon

Will This Be the Most Progressive City Council in Bend History?

November 04, 2020
4 comments
A blue wave swept the Bend City Council election Tuesday night, which makes it the first female-majority City Council in Bend history, according to the Deschutes County Clerk’s historical records. With only (an estimated) 2,000 votes left to tally as of Wednesday afternoon, Melanie Kebler, Anthony Broadman, Megan Perkins and Rita Schenkelberg, appear to have won their races.

This may also be one of the most progressive City Councils in Bend’s history in terms of the scope of the issues that new councilors will prioritize.

The Source spoke with all four candidates Wednesday about their plans for the future. Common themes included transportation (especially public transit), affordable housing, equity and diversity and a desire to strengthen communication between the City Council and the people who live in Bend.


As of Wednesday, Rita Schenkelberg had 57.45% of the vote to Michael Hughes’s 32.30%, and said she was quite surprised it was “such a landslide.”

She felt the win was indicative of Bend voter’s need to have honest candidates, “full of integrity,” a guiding sentiment of her campaign, she said.

She described the race as a “real learning experience” and said she met with dozens of people and groups including the other candidates in the race, City Manager Eric King and current City Council members.

“I know that I’m not an expert on a lot of the things the City does, but I’m being really clear about who I am and how I want to support the City of Bend,” she said.

Schenkelberg wants to concentrate on encouraging more housing types in Bend in response to the state’s passage of HB 2001, a new law that got rid of exclusive single-family neighborhood zoning, allowing for multiplexes throughout larger cities and towns in Oregon.

Like some of her fellow winners, she wants to break down City policy and City Council decisions in a way that all members of the community can read and understand. She also wants to help foster a culture within the City Council that's more responsive to activist groups in the city.

When asked how she felt about being on a new City Council with mostly women, Schenkelberg said. “This is a really big change for Bend. Men in our culture already hold so much power. This will bring a new perspective with such different energy.”


"I was one of the most progressive people on [City] Council in 2012, though I consider myself a moderate," Mayor Sally Russell said. "Now I've gone to becoming one of the most conservative members of the City Council." tweet this 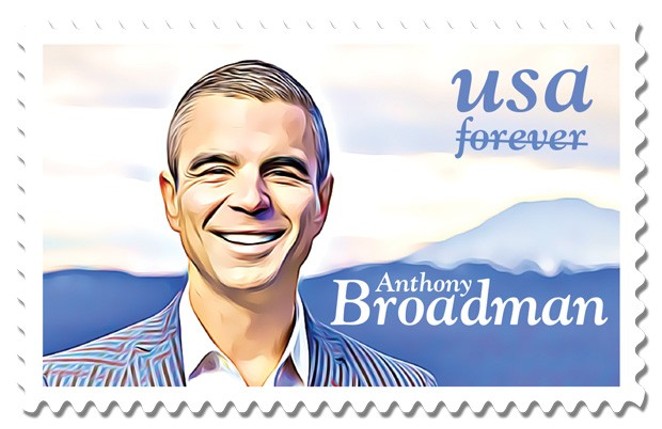 Anthony Broadman who at last count had garnered 78.85% of the vote, said he was amazed by how many calls he received Wednesday from people “picking up the phone and expressing this feeling of camaraderie and happiness.”

At 37,706 votes and counting, Broadman received the most total votes of any candidate in Bend history. City Councilor Bruce Abernethy is now second, with 27,399 votes in 2016 when he ran unopposed, according to the Deschutes County Clerk’s Office records.

“I think this vote speaks to the idea that these aren’t really red issues or blue issues, they are issues we know as a community that we can come together and solve,” Broadman said Wednesday. “The fact that I can speak with my heart and mind about what resonates with me, it’s such an honor and fills me with gratitude.”

Examples of the kinds of progressive issues he’d like to tackle right away include mitigating the “generational challenge of COVID-19,” establishing permanent funding for a winter warming shelter and crafting a “cohesive plan to prevent houselessness before it starts,” he said.

He also wants to move forward with the projects on the City of Bend's transportation bond (which passed with 58% of the vote) and work to find other sources of funding for public transit.

“Great cities have great transit systems,” Broadman said. “We need to work towards meaningful, sustained funding for a public transit system. I don’t think our region can wait 10 years to get a mobility hub system up and running. The fact that we are underfunding transit disproportionally affects people that don’t have a car, so we make this town basically unlivable for a segment of our community and I want to change that.”

When he's sworn in, Broadman will be the only man on the new City Council.
He said he’s used to it, since he’s the only one in his household. “I see [the other City Council members] as excellent leaders first,” he said. 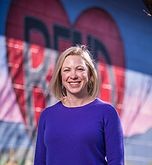 Perkins is the co-founder of Embrace Bend, and her platform focused on equity and inclusion in the Bend community. Like the other winners, affordable housing was one of Perkins’ top concerns.

“One of the biggest eye-opening things about this campaign was finding out how many people could not find a place to live in our city… teachers, nurses, students right out of college, the near houseless population, that is something that needs remedy,” she said.

Perkins said she wants the Bend City Council to become a “megaphone” for the City as the fight to prevent the spread of COVID-19 continues into the winter.

“We’re moving into a scary moment in this pandemic as COVID-19 becomes exacerbated by the flu, weather change and community spread. I feel the City needs to reach out to communities that have been disproportionally affected by the pandemic, including checking in with seniors to make sure they are as healthy as they can be.”

Her campaign released a statement Tuesday night, emphasizing how much she was outspent by opponent Chris Piper. He raised $123,000, primarily from local business PACs, including the Central Oregon Association of Realtors PAC, which donated $72,000, according to the Oregon Secretary of State. Perkins raised $39,000, mostly from individual donors.

About a week before the election, a new group called “Follow the Money Deschutes” sent a mailer detailing Piper’s PAC money. Piper’s position has been embroiled in controversy since he was appointed in early 2019, nominated by Mayor Sally Russell to fill her vacant seat after she won the 2018 mayoral race. 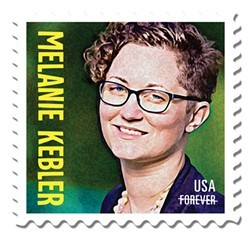 When asked how knowledge of campaign contributions affects voters, Kebler remarked, “I believe people are paying more attention to who is supporting what candidate… Given that the campaign finance Measure [107] passed handily, people care about this issue. This race showed that money alone can’t win.”

Kebler said she’s looking forward to working with a majority-female City Council and believes there will be less “interrupting” at future meetings.

In terms of affordable housing, Kebler said, “We need to use every tool in the toolbox; there’s not just one thing that is going to solve this. We have to hit at different angles including streamlining building codes, evaluating the permit process and builder’s fees and perhaps even lobbying the state for changes to the law.”

As the woman in  the top leadership role for the Bend City Council, Mayor Sally Russell weighed in following Tuesday's election, which will see so much change in the coming year.

"My biggest hope with this incoming [City] Council is that they pick up the work and foundation that has been put together over the last couple of years and accelerate it," Mayor Sally Russell told the Source Wednesday.

"I was one of the most progressive people on [City] Council in 2012, though I consider myself a moderate," Russell said. "Now I've gone to becoming one of the most conservative members of the City Council."

Russell said that while she shares the goals and visions of the newly election City Council members, she said "When you work with the City with a limited budget and so many basic service needs, it's a balancing act to get it all done. I'm looking forward to seeing how they plan to accomplish these goals and visions."