...and the protection of an elegant bird

Federal law states: "The possession of feathers and other parts of native North American birds without a permit is prohibited by the Migratory Bird Treaty Act of 1916." This protects wild birds by preventing their killing by collectors, and their commercial trade in feathers—extending to all feathers, regardless of how they were obtained. There's no exemption for molted feathers or those taken from road-or window-killed birds. 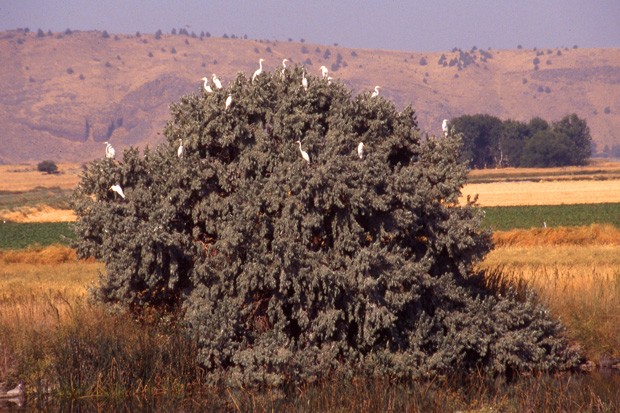 Egrets in North America were killed by the tens of thousands for their beautiful white plumes in the late 19th and early 20th centuries. The feathers were literally worth more than gold, sold by bird killers to milliners for women's fashionable hats. But plume-hunting was banned, for the most part, around 1910, and Oregon and Florida's Great Egret populations slowly began to recover.

At about the same time, one of Oregon's earliest bird conservation workers was William F. Finley. He and his associate, photographer Herman T. Bohlman, introduced Americans to the idea of "bird-watching" and the movement that eventually led to the Audubon Society.

In the early 1900s Finley became Oregon's first game warden, and as such—after the bird protection bill was passed—he patrolled downtown Portland business districts and arrested women with egret feathers in their hats or clothing.

To demonstrate the appeal feathers have in fashion today, it must be noted that currently, the Preservation Society of Charleston is marketing a Grey Bobwhite men's bow tie for $195. The Grey Bobwhite is a game bird but is raised in captivity and not protected by state or federal laws.

One of the chief reasons I drove my old Harley from Connecticut to Oregon in 1951 was my desire to live in the place where Bill Finley and Herman T. Bohlman saved birds. 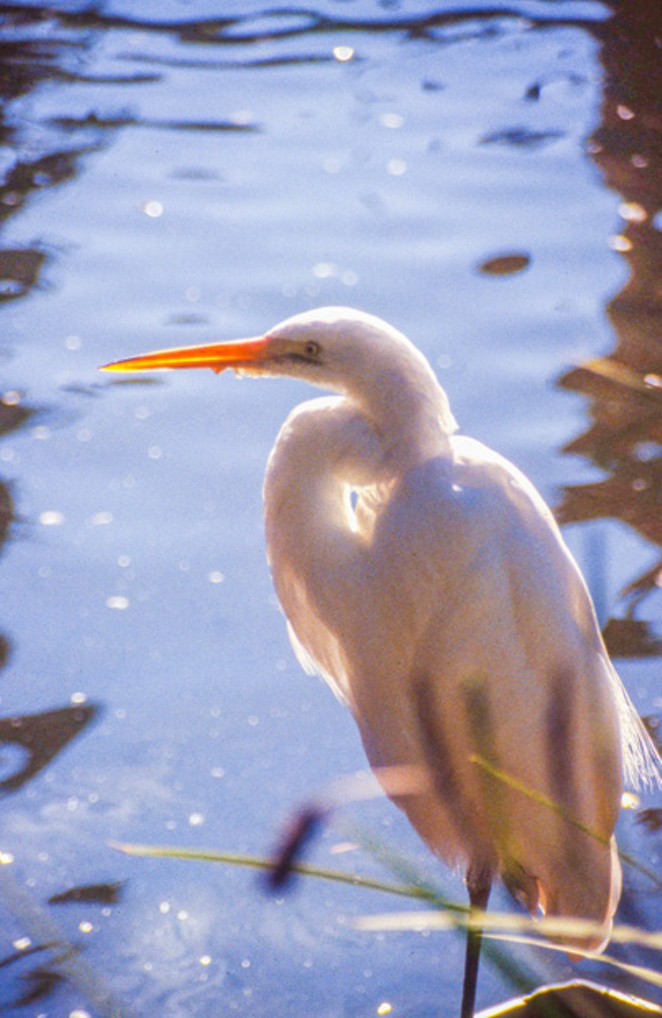 (In 1964 I had the opportunity to actually live on Finley's property, "River-by" in Milwaukie, Oregon, on the Willamette River. I was working for the Oregon Museum of Science and Industry at the time, looking for another place to hang my hat. One of the high school students in a science program I was doing at the museum piped up and said, "Hey, Jim, I'll ask my mom if you can come live in our old spare house on the place we live on the river." Little did I now it was "River-by," which gave me access to Bill Finley's private library and all his papers...)

It so happened that one spring day in 1916 Dallas Lore Sharp was riding with Finley and Bohlman on a trip from Portland to Burns, where Finley, in his capacity as Oregon's first director of the Game Commission, was to check a fish hatchery.

In those long-ago days there was no OR-20 from Bend to Burns, so travelers had to take Highway 97 south to State Highway 31, then south down to Valley Falls Junction then north to Burns via Highway 395. Hwy. 31 passed a huge lake just east of the town of Silver Lake, giving the town its name.

The lake was once the site of an ancient iceberg left behind at the end of the last Ice Age. Now lined with willows and other nesting habitat, it had become a breeding site for land-locked fish, among them the Foskett Speckled Dace that was food for thousands of herons, grebes and other birds. These became targets for hunters killing birds for their feathers, among them, the Great Egret.

As Finley and his party drove past Silver Lake he spotted a couple of white birds perched in a large willow way out in the middle of the lake, and was astonished.

"They're not extinct in Oregon!" he is said to have shouted.

The excitement of that story as I read it in Dalles Lore Sharp's book, "Where Rolls the Oregon" caught my heart. I vowed that someday I would stand in that same spot and witness the miracle those three men did in 1916. It was my dear old beekeeper Great Uncle, Moultan Alexander Rockefeller, who encouraged me to read Sharp's book who must take credit for what I do today in and for the World of Nature.

In spring of 1952 I straddled my '47 Harley and drove from Bend to Silver Lake. That year the lake was almost in the road, but I found a safe place to pull over, put the kickstand down, and sitting crossways on the saddle, looking thorough my old binocs, I saw my first Snowy Egrets, ancestors of the ones that thrilled those three men in 1916.

Unfortunately, today there is no water in Silver Lake. The town is still there, but the water table has dropped due to the draw for irrigation. You have to go to Summer Lake Wildlife area to see egrets and shore birds today.

If you want to see a bird show that is, in my opinion, unequaled, head for Summer Lake right after the waterfowl hunting season closes. You'll see a show on both Golden and Bald Eagles that will thrill you to the marrow of your bones.

Bald Eagles work in pairs; one will swoop over a big bunch of White-fronted or Snow Geese, or other waterfowl, sending them aloft. The one following the leader goes after the bird that couldn't fly. What a show that is! And all because Bill Finley and Teddy Roosevelt started the wildlife refuges in Oregon.