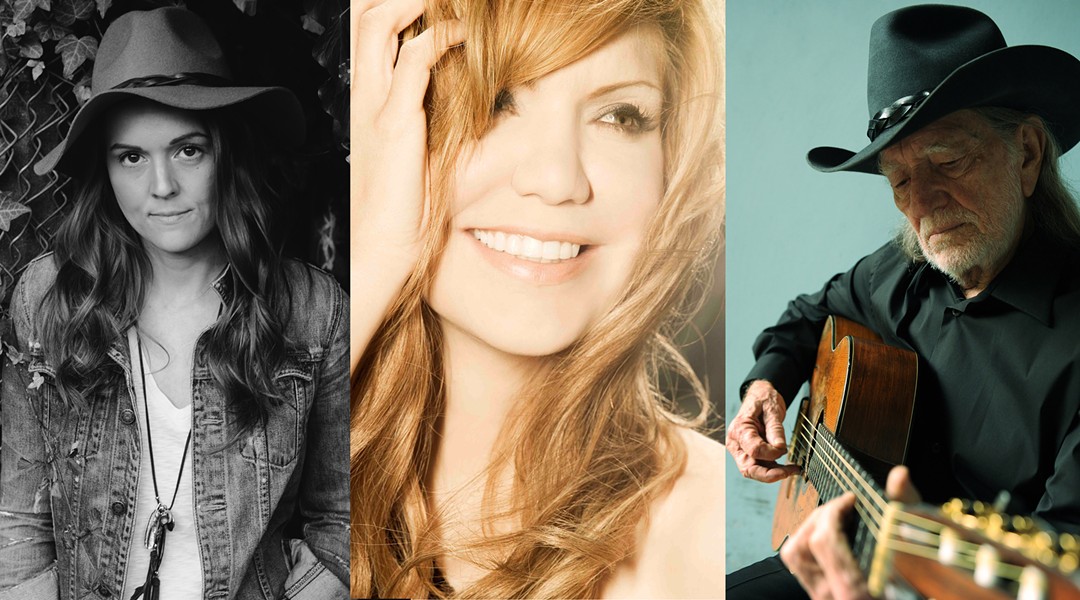 Country Music Hall of Fame-er Willie Nelson is headed back to Bend this summer during a break between two legs of his 2018 Outlaw Music Festival Tour.


Nelson will be sharing the stage with bluegrass artist Alison Krauss, who has released 14 albums and sold more than 12 million records between her solo career and her band Union Station. 27 Grammys and two decades later, her 2017 solo album "Windy City" garnered two Grammy nominations. The pair will headline Les Schwab Amphitheater on August 4 along with Nelson's touring band, The Family.


Seattle-based singer-songwriter Brandi Carlile debuted on Columbia Records in 2005 and since then has showered audiences with her unique brand of folk Americana. Probably best known for her single “The Story” and her 2012 ballad “That Wasn’t Me,” Carlile's 2018 album "By the Way, I Forgive You" is quickly catching up in notoriety as the highest charting album of her career. Carlile will be playing the amphitheater on August 25.