Cabins, cocktails and winter fun await at Elk Lake Resort in the Cascades

Plenty of locals have only been to Elk Lake in the summer. The views and the abundant trails and camping make this area fun—but crowded. But if you love snow sports—and snow in general—winter at Elk Lake can be a paradise. 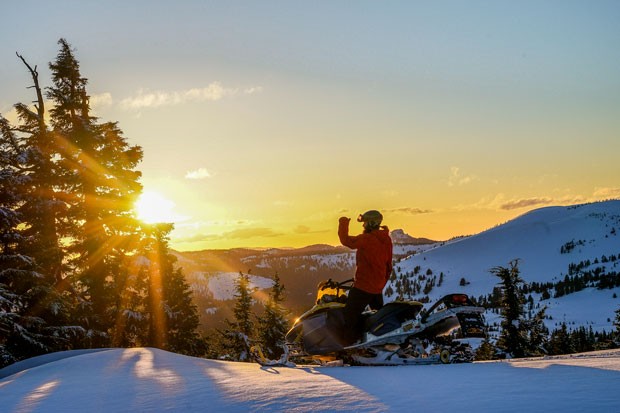 The route to Elk Lake from the Dutchman Flat Snopark, along Century Drive near Mt. Bachelor, is a bit over 11 miles. To get there, you can catch a $50 round trip ride on Elk Lake Resort's snow cat, or cross-country ski, or, in my case, ride a snowmobile. Having never been on a snowmachine before, I was hesitant—not only because I'd heard stories about novice riders falling off or getting stuck, but also because I was afraid to like riding a snowmobile. But let's just say I liked it—a lot.

The rustic cabins at the historic resort sleep between six and 10 people. The largest cabin has a fully equipped kitchen and two large covered decks overlooking the lake, with a barbecue. It has three upstairs bedrooms and downstairs has a full-size futon. Other cabins, meanwhile, have one bathroom and a kitchenette. My group's cabin had two bedrooms and a loft. Perfect for the six guests—and Otto the wiener dog—that rode out on snowmobiles and the shuttle.

You can bring food with you, but packing coolers and food on the back of a snowmobile isn't much fun. The shuttle has a one-bag per person limit, along with one cooler and one "food tote" per group. A member of our group made his own sled—and towed his girlfriend, dog and coolers behind his snowmachine.

The breakfasts at the resort are hearty and filling. The sandwiches are also large, and so are the sides. The bar has many local beers on tap and a full compliment of spirits, which leads me to the best part: the Spanish coffee. The staff at the lodge also makes an excellent Bloody Mary and other specialty cocktails.

The meals are just what you need to hit the ski trails, to snowshoe or to blast off on your own snowmobile—or a rented one from the resort. For cycling enthusiasts, Elk Lake also rents fat tire bikes. According to Wendy Prieve, who along with her husband Pat, have owned the resort for the last five and a half years—the resort stocks sleds free of charge for kids to ride the hills.

Prieve said the resort tries to groom the 7-mile loop around the lake as often as possible in the winter for the cross-country skiers and snowshoers—and the little loop down by the north shore of the lake—to keep the skiers from having to glide on the same trails as snowmobilers. 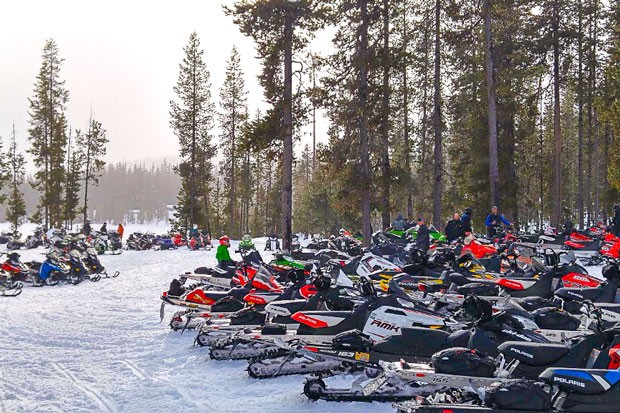 For the winter season, the resort usually opens the week of Thanksgiving and closes after spring break, when they get the lodge and cabins ready for the summer season. If you're looking to visit, plan ahead: Prieve said the cabins were booked solid every weekend this past winter. 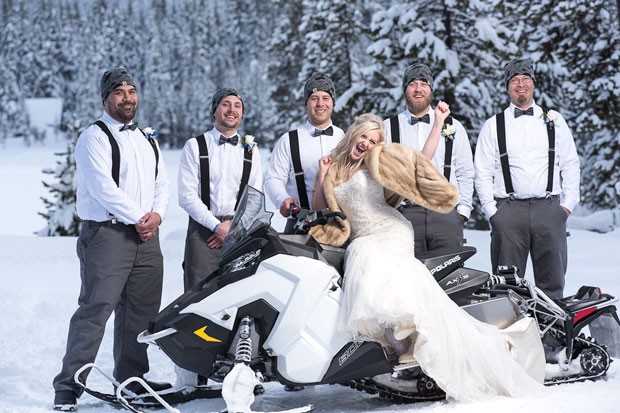