Riley Ranch offers a peaceful place for hiking, nature watching in winter and beyond

Bend Park & Recreation District builds new trails and parks all the time. If walking or running the same route has become a habit, change it up and adventure to another part of town to check out a new place.

Riley Ranch Nature Reserve opened in 2017, so it might offer a new experience for some people. It's located north of Awbrey Butte along the Deschutes River and features expansive open meadows, intricate lava flows, cliffs, rocky river canyons and juniper and pine forests. One of the highlights is the six-mile loop from the ranch to Tumalo State Park: Starting from the Riley Ranch trail head, keep making left turns (aside from viewpoints) before joining up with the Canyon Loop Trail which runs along the edge of the river for the last part of the trip. 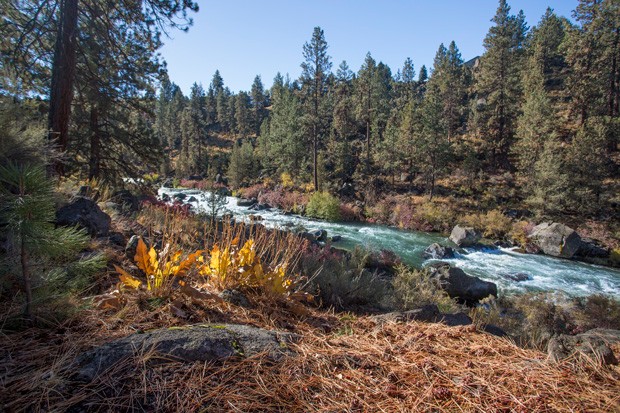 The 184-acre ranch was purchased from private owners with funds from the BPRD's 2012 ($29 million) bond measure. It is the district's largest property aside from Shevlin Park. Eventually the district will build a bridge across Archie Briggs Canyon, connecting Riley Ranch with the Deschutes River Trail and Sawyer Park.

This is also a great spot for people who appreciate paved paths and soft-surface trails, whether for wheel chairs or other mobile devices. The park's Citizens Advisory Committee and board members decided to manage Riley Ranch differently, and bikes and dogs aren't allowed. This helps preserve the natural experience and also creates a place for people who aren't as comfortable around dogs and bikes.

The quiet atmosphere also may increase opportunities for observing wildlife including red-tailed hawk, great horned owl, mule deer, coyote, bobcat, Northern Pacific tree frog, Rocky Mountain elk and black-tailed jackrabbit. The district posted interpretive signs at each overlook with information about the ecosystem, geology and the history of the ranch. Check out the ruins of two historic cabins which were likely constructed before the turn of the 20th century, according to one sign.

Another new spot also worth a special trip is a new mural the district commissioned between Discovery Park (in NorthWest Crossing) and Shevlin Park. The underpass under Skyline Ranch Road features stencil art images of accomplished women throughout history, created by local artist Douglas Robertson. Bring your friends and debate about who they missed.