Local band Brandon Prinzing & The Old Revival will be making its WinterFest debut Saturday night, kicking things off for Jemere Morgan and Naughty By Nature. Funny enough, when I reached out to Prinzing for this story he was spending time in Hawaii—enjoying a far different scene than what he and the band will be experiencing this weekend.

Prinzing gave some insight into his excitement to play the festival, the band's upcoming plans and tips for playing in the cold.

Source Weekly: Is this your first time playing WinterFest? Are you excited to perform there?

Brandon Prinzing: This is our first time playing WinterFest, and as someone who grew up loving the snow, it's one of my favorite festivals. We are so excited to be playing and to share the stage with some truly talented artists. 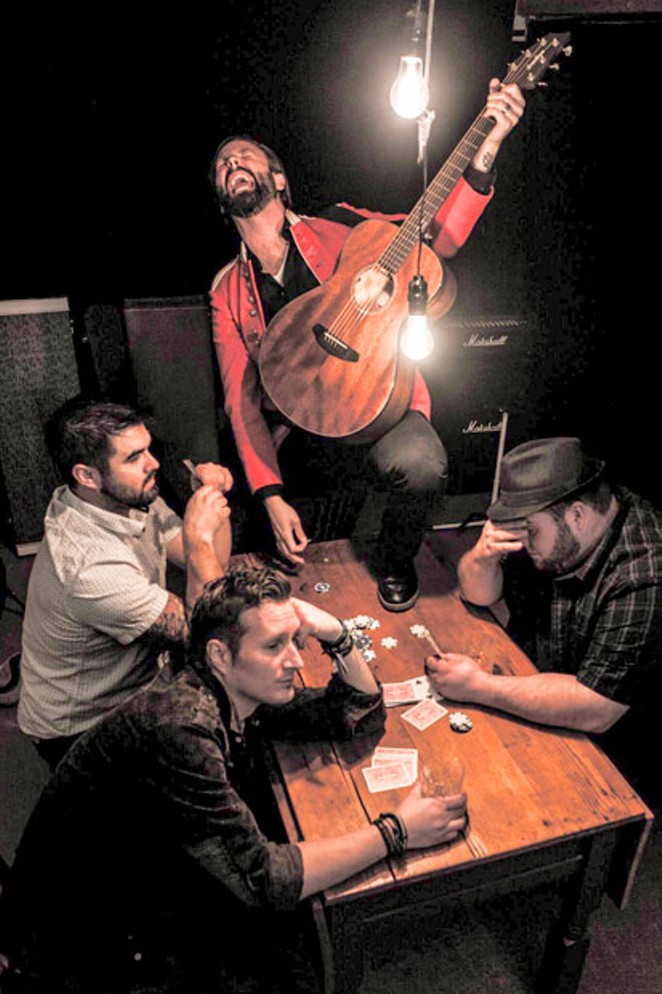 SW: I saw on Facebook that you have some new songs to share. Does this mean a new album is coming? What else can we expect?

BP: We have been working on something for a while now, and we are very excited to share it with everyone. We have some new members, a new sound and a new album that will be coming out late spring. It you want a teaser of what it will be like, we will be playing some new material at WinterFest!

SW: Music is obviously a very important part of your life. According to the band's website, you had to step away from it for quite some time. What does it feel like now to have it back as such an integral part of your life?

BP: Music has been such an important part of my life for so long. When I quit writing and performing music, it was like I wasn't the same person. Now that I'm back writing and touring, it feels like I'm right where I'm supposed to be. There isn't a better feeling than stepping on stage with The Old Revival.

SW: Do you have strategies, tips or hacks for performing in the cold?

BP: The key to staying warm is moving, and once we get on stage, we do enough of that to keep the blood flowing! And a little whisky never hurts.

SW: Naughty By Nature will close down the night you perform. Do you have a favorite song by NBN?

BP: I'm really looking forward to seeing them perform! When it comes to Naughty by Nature, how can your favorite not be "O.P.P."?

(FYI, see the rest of our Sound section for my picks for other Naughty By Nature songs, beyond that well-known tune...)

Editor's note: Oregon WinterFest is put on by Lay It Out Events, the Source's sister company.

Brandon Prinzing & The Old Revival at WinterFest
Sat., Feb. 15, 5:30pm
Old Mill District, Bend
$15 for WinterFest admission at the door/$10 advance
Oregonwinterfest.com, or get the Lay It Out Events app at your fave app store