While the November 2022 election is still a year away, the primaries that precede the general election are coming in the spring.

This week, with a decision by the Oregon Supreme Court, the lines drawn during 2021's redistricting process essentially became official. Those lines were redrawn due to population changes revealed during the 2020 U.S. Census, creating a geographically smaller Oregon House District 54 in Bend and dividing Redmond between House districts 53 and 59, which includes Madras and Prineville. While many Republicans argued that the districts were altered to favor Democrats' supermajority in the Oregon legislature, the state Supreme Court disagreed, and the new state districts will hold. Now, candidates who may have been waiting to see whether the lines would be changed before opting to file to run for office can move forward.

In House District 53, however, its current representative has announced that he's not running again. Rep. Jack Zika (R-OR53) announced Nov. 18 that he would not run for reelection, citing personal health and family illness. In a tweet after the announcement, his former Democratic challenger, Emerson Levy—who's already filed to run for the seat again—wished Zika "good health and success," thanking Zika for his service and pointing out that during the last campaign between them, Zika and Levy "ran campaigns based on issues, not something you see very often." 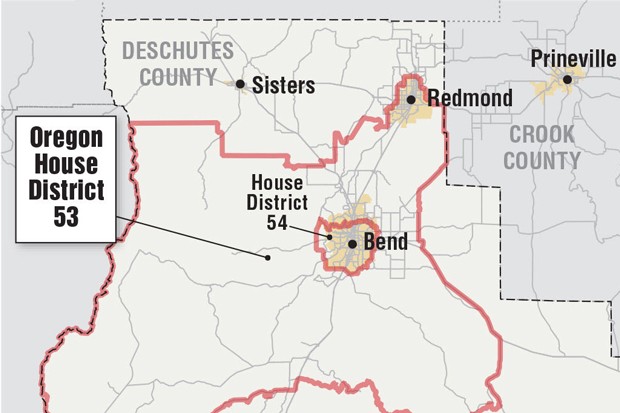 Indeed, it was refreshing to see that in that race, Zika and Levy largely avoided the mudslinging and nasty TV attack ads that were present in the House 54 race, among other races. It says something when your challenger takes to social media not to slam your politics or to engage in hostile rhetoric about your party as a whole, but instead to offer a gesture of goodwill.

While we have not agreed with every one of Zika's votes, nor his approach to all issues, he has focused his work in Salem on solving the issues most pressing in his district—child care and housing among them. Being able to see beyond an "R" or "D" label and to the way a representative actually acts on behalf of his district is sorely needed in this world of hyper-partisanship. Zika's work was based on meeting needs, not trotting out rhetoric around the social issues that so clearly divide us. Compare Zika's approach to the one taken by our representative in the U.S. House, Rep. Cliff Bentz (R-OR2), whose legislative priorities appear to be in lockstep with the hard-right faction of his party, and whose public statements routinely bash Democratic colleagues but offer few meaningful alternatives to those policies.

While the November 2022 election is still a year away, the primaries that precede the general election are coming in the spring. When those primaries—often a display of hyper-partisanship if there ever is one—kick into high gear, we hope that the handful of candidates already in the ring for House District 53—and the ones in other districts as well—can focus on issues-based campaigns that avoid the national talking points and the partisanship. Things like child care shortages and housing supply are issues that anyone—regardless of party—should be concerned with. While we are not naïve enough to believe that the current national political trends won't trickle down, we remain hopeful that voters can focus on how candidates plan to tackle issues instead of the donkey or elephant they ride in on.