"With Spirit" Debuts at BendFilm | Outside Features | Bend | The Source Weekly - Bend, Oregon

"With Spirit" Debuts at BendFilm

Following locals Chelsey and Jason Magness, the film tells a story of love, loss and life through the lens of adventure racing

Local adventure racers Chelsey and Jason Magness have been at the sport for quite some time now. They founded and currently direct Bend Racing together, competing in some of the toughest races all over the world. For Chelsey, her relationship with the sport started when Jason asked her to run one on the couple's fourth date. 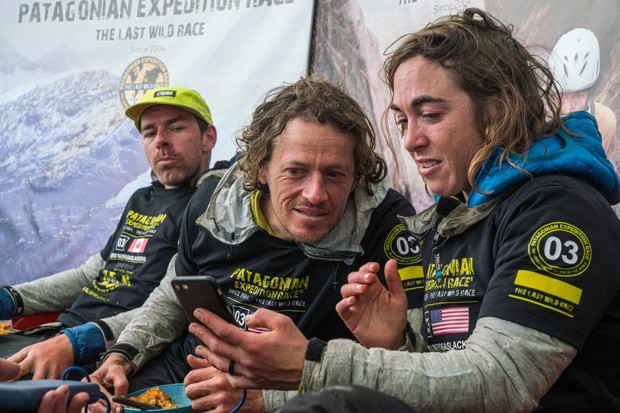 "We actually won it! That's what made him want to marry me and keep me on the team," laughs Chelsey. "And I found out I was actually pretty competitive. So that's kind of how I knew it was my sport."

Now, a documentary focused on how Chelsey and Jason's lives are intertwined with the sport will be shown virtually at BendFilm Festival from Oct. 8-25.

Titled "With Spirit," and directed by Scott Almendinger McGrath, the film follows Chelsey and Jason in the aftermath of losing one of their twin boys, Spirit B, while highlighting the couple's journey as they get back into the racing world. And in a way—how they reconnected with life.

"It was really moving and healing for me to talk about it out loud to the camera. Knowing it was going to be a documentary, and then seeing the documentary for the first time was really moving," says Chelsey. "Just for me being able to let go of a piece of the grief was nice. It's always going to be a part of me, but I'm grateful for the change it's made me go through. I was really honored Scott decided to share my story."

Chelsey says she's especially grateful for this opportunity because child-loss is something not always talked about very openly, and she knows there are many other couples who have gone through the same experience

"With Spirit" shows the couple and Bend Racing taking on the Patagonia Expedition Challenge in 2018 for the sixth time—the couple's first race following the passing of Spirit B. The first time the couple raced it together, Jason actually proposed to Chelsey. The third time, the couple decided they wanted to have kids while standing under a rainbow. This race and place was already special to them, and their fondness for it grew even more. 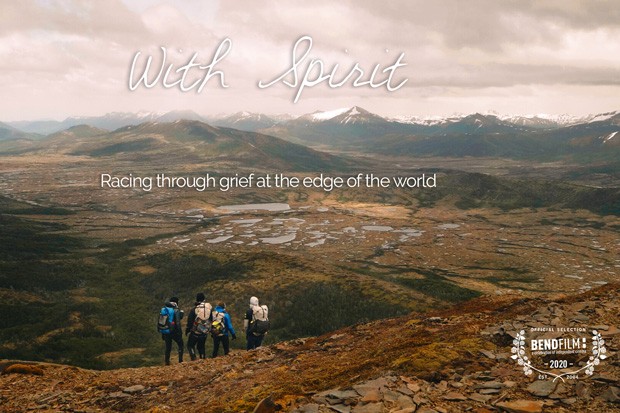 "I think Jason and I actually knew we were going to have a good chance of winning in 2018. It was super cool to go in with that much confidence and then follow through with a plan," Chelsey recalls. "It's a really special place. It's a place where— it's so raw. All the elements. There's no distractions. You don't see anybody for days when you're racing there."

One thing that "With Spirit" captures is how well adventure racing represents life. Sometimes there are mountains you need to go over, and sometimes you have to just stop, sleep and reset everything. It's also a testament to learning how to trust people and being able to rely on others.

"It's such a huge metaphor for life. It's taught me so much about myself. It's constantly shifting."

Watching "With Spirit" is a moving story about family, life, love and loss. Audiences are likely to cry, but also smile. It teaches viewers how to find the light in darker times and continue to push forward. It's very similar to a Bend Racing rule that Chelsey tells me about: "If a person wants to quit, they have to say it out loud," she says. "From there they have 24 hours. If they still feel like quitting 24 hours later, then OK. But if at any point they are smiling or laughing, the time resets."

Sometimes life makes us want to quit trying all together. But it's the little moments in between that make us keep walking forward. "With Spirit" is a beautiful display of those moments.