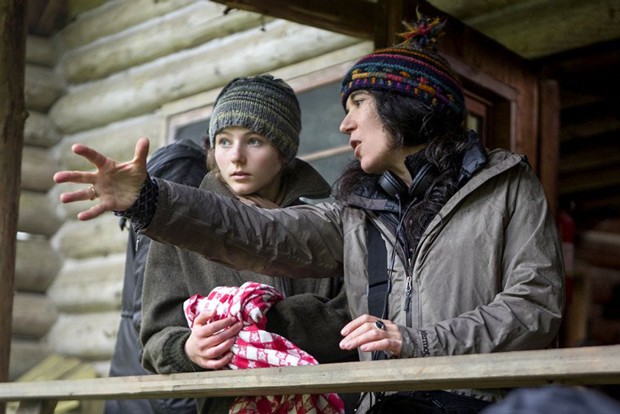 This year's BendFilm Festival has an impressive array of films from female filmmakers, and about the female experience—giving voice to female artists in an industry where, while they are growing in numbers, the numbers are still pretty small. And it's a nod to, and in honor of, a woman who worked diligently in this community to support women in the creative and business world, Pamela Hulse Andrews.

The festival will give an award named for Hulse Andrews to Debra Granik and Ann Rosellini, masters at telling stories of brave girls facing harrowing circumstances. The director-producer team's films bring forward voices that are often unnoticed or misunderstood. "Leave No Trace," their most recent work, opens the festival at the Tower Theatre. While the film takes place in Portland, it could very well be the story of a family in Central Oregon—one where a former army vet living with post-traumatic stress disorder and his young daughter navigate the various shades of homelessness.

The festival is also screening three documentaries from Ondi Timoner and a documentary about Pacific Northwest writer, Ursula K. LeGuin. These are just the obvious selections that show how female-forward this festival is. Upon reading the final schedule and planning my own weekend, I was struck by the sheer number of female directors. Of 28 feature films (narrative and documentary) 13 are directed by women. That seems like a big deal when, according to the Center for the Study of Women in Television and Film's 2013 report, women accounted for just 18 percent of all directors, executive producers, producers, writers, cinematographers and editors in the film industry.

It's important for us to have places where we can go to hear the stories we may not be able to find in our day-to-day life. It speaks to the great work BendFilm has done over the years to grow our local festival into a sanctuary for voices we don't often hear from.