Stelth Ulvang performs songs from his latest solo album, "American Boredom," while on break from touring with The Lumineers 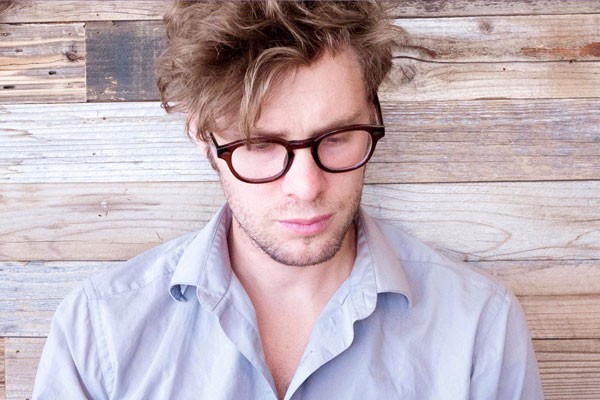 Even though we write about music every week, it's not often that nationally touring musicians personally reach out to request coverage. So when Stelth Ulvang, pianist for The Lumineers, emailed me, I was impressed. We generally write about the headliners of upcoming shows—which Ulvang is not—but in this case, I made an exception. Not only does he play with a band whose songs have snuck onto various playlists of mine over the last several years, but his latest solo album, "American Boredom," kills. Fans of indie folk-rock and fans of The Lumineers will love this album, as well as Ulvang himself.

"I'm learning it in every new email I send, getting a hang of it myself," Ulvang says of his DIY promotion efforts. "Removing the steps and making it more personal, which is similar to the music. The more you remove those steps, there's less accountability. Similarly, you lose that personal aperture."

Ulvang, a Colorado native, has toured the globe solo and with The Lumineers. He recently returned from a stint in South Africa and Uganda, where Ulvang and other musicians performed free concerts encouraging people to get tested for HIV. This summer, Ulvang is throwing together a set of Ugandan musicians to play a show opening for Nathaniel Rateliff & The Night Sweats at Red Rocks Amphitheatre outside Denver.

Travel inspired his latest album, "American Boredom," containing many songs he wrote on the road. The album pulls music from South Africa, Japan and South America—all which have different rhythmic feels.

"Lyrically, it's realizing the joke that has been America in a lot of countries," Ulvang says. "We're a great world power, but the butt of so many international jokes wherever we go. Traveling the world, talking to these people, the biggest separator — the thing that gets us is that wealthy becomes mundane after a while."

"I remember playing a show opening for U2 at the Rose Bowl, and even though 90 percent of the people weren't there for us, they were still engaged." —Stelth Ulvang tweet this

Finding the time to write a solo album came fairly easily for Ulvang, despite being a part of an internationally touring band.

"With how Lumineers tours work, we're only on stage for two hours and 30 minutes of soundcheck," Ulvang says. "Two and half hours of a day isn't a lot, there's a lot of travel time. I think finding places to eat takes up more time than actually eating. I'll travel and I'll see things. I think I'm more inspired by different cultures. I learn a lot of anecdotal history and I write. I find more inspiration trying to get out during the day and meeting people."

When it comes to performing, Ulvang has played to packed arenas and to empty bars. The downfall—and also the strength—of playing comes in the vulnerability. At smaller shows, Ulvang can see the closeness, the people talking.

"I remember playing a show opening for U2 at the Rose Bowl, and even though 90 percent of the people weren't there for us, they were still engaged," Ulvang says. "Similarly, when you have people and you've locked them in, you can feel the room and feel the moments when you start to sleep, but you can read what works within the room. With the Lumineers, we stick with a set list, whether or not it fits the crowd. I do like the diversity at the personal shows. People like the word, 'intimate,' which goes along with, 'no one is there.' I like playing to a full, small room where people are attentive."