In October, the Oregon Land Use Board of Appeals decided that the Deschutes County Commissioners' definition of a "youth activity center" amounted to an unreasonable restriction on marijuana farms. Since then, I have to admit I've been anxiously awaiting another Deschutes County Board meeting to put marijuana land-use on their agenda. 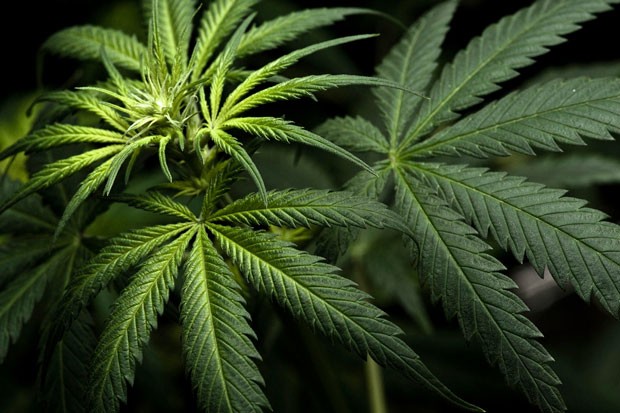 On Dec. 11, I got my wish. The Board re-heard a previously denied marijuana production application. Tommy Nehmzow, the applicant, earlier this year sought a land-use permit for his 1,800 square-foot farm to be located next to Sundance Meadows Ranch, a recreational time-share resort a few miles southeast of Bend on land zoned Exclusive Farm Use.

The County denied Nehmzow's application, declaring that Sundance Meadows was a YAC, requiring a 1,000-foot buffer from any marijuana business. Nehmzow's proposed farm is located well within 1,000 feet of Sundance Meadows' property line.

Bend attorney Michael Hughes, representing Nehmzow, wasted no time in bringing up LUBA's recent opinion on a prior Deschutes County marijuana farm application: the Waveseer opinion. He began by critiquing the Board's broad definition of a YAC in its earlier decision.

For Liz Dickson, the attorney representing Sundance Meadows Ranch in its appeal of the Nehmzow application, the factual differences between the two cases were material. She claimed the numerous activities taking place on the Ranch's property distinguished it from Waveseer, where the neighboring property had 4H activities.

Among the amenities available at Sundance Meadows Ranch, as listed by Dickson, are horse stables, employee house, campground, private air strip, dry sauna building, miniature golf, archery range and tennis court. These activities, permitted or not, should have alerted Nehmzow that he was "headed for trouble" while he researched the neighbors' permits, Dickson claimed.

"It's the responsibility of an applicant to search the public record and find out for themselves what is and isn't permitted on surrounding properties," Dickson said. "That's on the applicant."

In other words, Dickson argued that because Sundance Meadows Ranch had filed for a permit for their swimming pool and riding stables at some point in the past 43 years, Nehmzow should've given up the ghost on his application.

Finally, Dickson trotted out a rather unfortunate "relevant legal precedent" in explaining to the Board where they could find more guidance in terms of how to define a "youth activity center" in their code.

"Though it seems radical, the only thing I could come up with are sex offenders," she said. "Sex offenders are a risk to youth. The way we deal with sex offenders is keeping them separate from youth."

Lest the audience presumed she was joking, she reassured that she was not.

"It's analogous," Dickson insisted. "It's similar."

As for Nehmzow's attorney, both his opening statement and rebuttal statement toed the line of the Waveseer opinion.

"We can't make up a new definition [of a YAC] right in the middle of a process," said Hughes.

As for the "43 years' worth of permits" that, according to Dickson and Sundance Meadows Ranch, should have been researched and rightly considered, Hughes appeared to struggle to stifle laughter.

"They're all recreational permits. They were not set up to provide youth services." Indeed, it's not often one sees a private air strip or a dry sauna off the highway and says "wow, what a place for the kiddos!"

Nehmzow's application could still potentially hinge on other issues. Sundance Meadows Ranch appealed regarding Nehmzow's odor-control device, waste storage and noise control. Neither attorney, however, spent much time on those details. That suggests that none of those issues will be a big factor.

It's therefore difficult to imagine that the County will risk another remand from LUBA over YAC issues and deny Nehmzow's application. As for the definition of a YAC, and whether any such facility can exist on EFU land and therefore prohibit a cannabis farm next door? Dickson was astute in predicting that this issue will be decided in the judicial courts of appeals. Dickson also wasn't wrong about LUBA's posture toward the Board, either.