Shepard's House is receiving funding from NeighborImpact and the City of Bend to convert its warming center into a full year-round shelter.

The location at 275 NE Second Street will open on June 1 and have the capacity to house 70 individuals. It will run seven days a week from 6 pm-7am and will be a low-barrier shelter, meaning all people have to do to stay there is cooperate with the volunteers in keeping the shelter safe and peaceful. 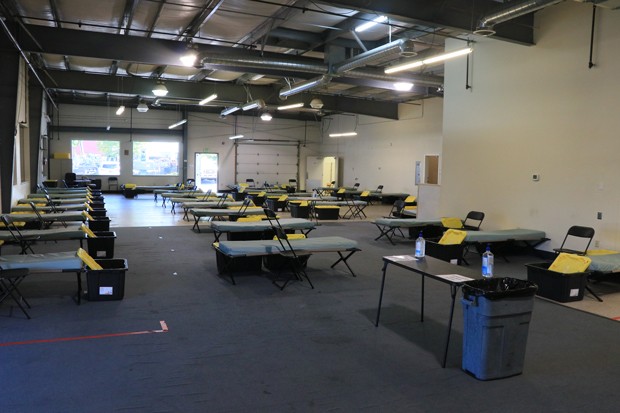 The shelter is located in the same building that housed the Winter Warming Shelter, which opened in November and closed for the season in the spring. City leaders upped the timeline for opening that location in November following the death of a Bend man, David Savory, due to exposure on Nov. 10. Previous versions of the winter warming shelter would open only when temperatures were expected to be below freezing, so last year's more permanent shelter added more support for those experiencing homelessness in Central Oregon.

"Having a low-barrier shelter in Bend is an important step towards our Council goal to find 500 beds for our neighbors experiencing homelessness," said Bend City Councilor Megan Perkins in a press release. "This public-private partnership is a key investment and can serve as a model for our actions going forward."

Shepherd’s House is seeking for help from the community in the form of clothes, food and supply donations, volunteering and monetary donations. tweet this

At the shelter guests will be provided with two warm meals a day, a bed and shelter from the elements. Shepard's House will provide case management and support services through their program Project S.H.A.R.E., which collaborates with other agencies to make sure there are continuous services including medical help, employment, long-term housing, mental health and other services.

Shepherd's House is seeking help from the community in the form of clothing, food and supply donations, volunteering and monetary donations. Donations can be dropped off at the 1854 NE Division Street location in Bend. Those who want to volunteer can find more information or donate at shministries.com.

The City and NeighborImpact will both contribute at least $300,000 for the project, made up of state and federal funding as well as from federal COVID-19 relief funding. Shepherd's House currently has about six to nine months of funding while the Emergency Homelessness Task Force, a joint endeavor between the City and Deschutes County, explores long-term funding options. 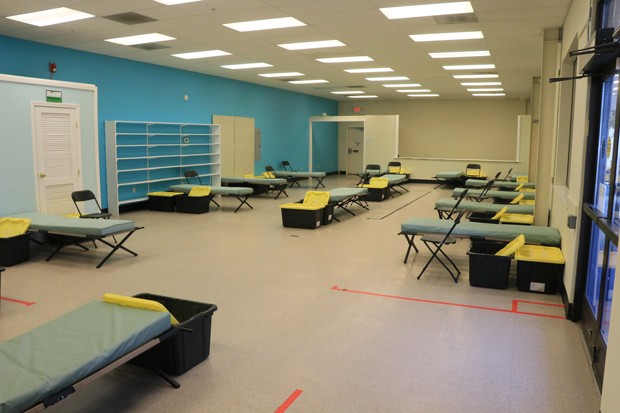 The City of Bend estimates that there are nearly 1,000 people experiencing houselessness in Central Oregon, including families and young people living alone. Actions towards ending homelessness in Bend were part of the council's 2021-2023 goals, which included creating a five-year action plan, exploring additional funding services and expanding options for both temporary and permanent housing.

The City had attempted to address other issues related to houselessness with a safe parking program to allow overnight parking in certain areas for people experiencing houselessness, updating its code to allow for temporary housing shelters in some commercial zones and attempting to gain funding through Project Turnkey. Though the City's first application was unsuccessful, the Council gave authority to City Manager Eric King to purchase one or two motels to convert into a shelter.

On May 28, City Manager Eric King released new guidelines for removing homeless camps that have been deemed "unsafe" by the City. Tenants must be notified three days prior to the eviction and can't be arrested solely for failing to vacate before the campsite removal takes place.