Yes, We Are Getting a Lot of Robocalls | The Source Weekly - Bend, Oregon

Yes, We Are Getting a Lot of Robocalls

January 15, 2020
1 comment
Spam calls range from a mild annoyance to criminal scams. And these calls may be getting worse. 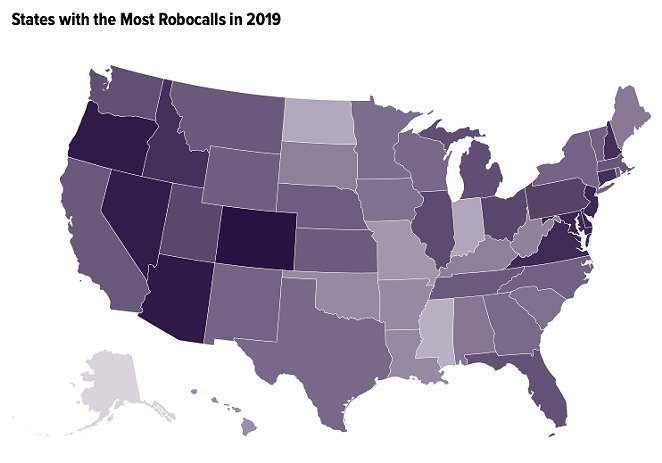 Today, technology has made it possible for companies to call thousands of people at the same time. While cell phone users have become more spam-savvy—blocking numbers and ignoring calls with out-of-state area codes—robocall technicians have upped their game. They can easily make calls that look like they are coming from right here in Bend.

But as robocall numbers increase every year, Oregonians are speaking up to try to stop it. Oregonians filed 93,308 robocall complaints with the Federal Trade Commission in 2019, according to a study from Provision Living, a senior living company based out of the Midwest. That’s 2,318 robocalls per 100,000 Oregonians. Based on the number of complaints filed in 2019, Oregon was the third hardest-hit state by robocalls, behind Arizona and Colorado. Since 2015, Oregon has seen an 18% increase in spam calls—higher than the U.S. average of 14%.

Yes, robocalls are an unwelcome interruption. But worse, spammers are criminals that are stealing people’s money. People age 60-69 years old lost a median of $615 in 2019 from robocalls, while 70-79-year-olds lost an average of $802. And those over 80 lost a median of $1,800, according to the Provision Living study.

The Bend Police Department issued a warning in December about a local spam operation. Several people in Bend had received spoof calls from someone claiming to be the police department “captain.” The spam caller was able to fake the number that appeared on people’s phones so that it looked like the Bend PD was calling. The caller told people that he had a warrant for their arrest and demanded they pay court fines, according to a press release from the Bend PD.

The Oregon Department of Justice reports that common phone scams could involve buying or selling timeshares, offers of a free trial and prizes or sweepstakes. Beware if a caller asks you to wire money or buy a prepaid card that you must deliver in person. Sometimes a scam caller will claim you won a gift, but that you have to pay taxes or fees first in order to receive it. Be very careful of people who call and ask you to download software onto your computer or even visit website, the DOJ says. Don’t give away passwords, account numbers, usernames or your home address. Also beware if the caller becomes pushy and tells you that you must decide something right away or that you must keep the call a secret. Just hang up.