Yoga Use is Up in the U.S. Here's One Way to Keep Practicing While on the Road | Local News | Bend | The Source Weekly - Bend, Oregon

Yoga Use is Up in the U.S. Here's One Way to Keep Practicing While on the Road

This Fit Week, we review a "wearable yoga mat"

January 16, 2019
comment
This fall, the days got shorter and shorter until there was not a shred of light left after the work day was done. It's the perennial dilemma of the office warrior: How to take care of body (and coincidentally, soul) when the dark days are upon us and outside activities get tougher to accomplish mid-week?

It was in this scenario that I made a pact with myself to practice yoga and meditation every evening in the living room. Turns out, I'm not the only one to take on this regimen in a more regular way.

According to a November 2018 report published by the National Institutes of Health, yoga use has increased significantly among Americans since 2012. According to a study, developed by the National Center for Complementary and Integrative Health: "Yoga was the most commonly used complementary health approach among U.S. adults in 2012 (9.5 percent) and 2017 (14.3 percent). The use of meditation increased more than threefold from 4.1 percent in 2012 to 14.2 percent in 2017." 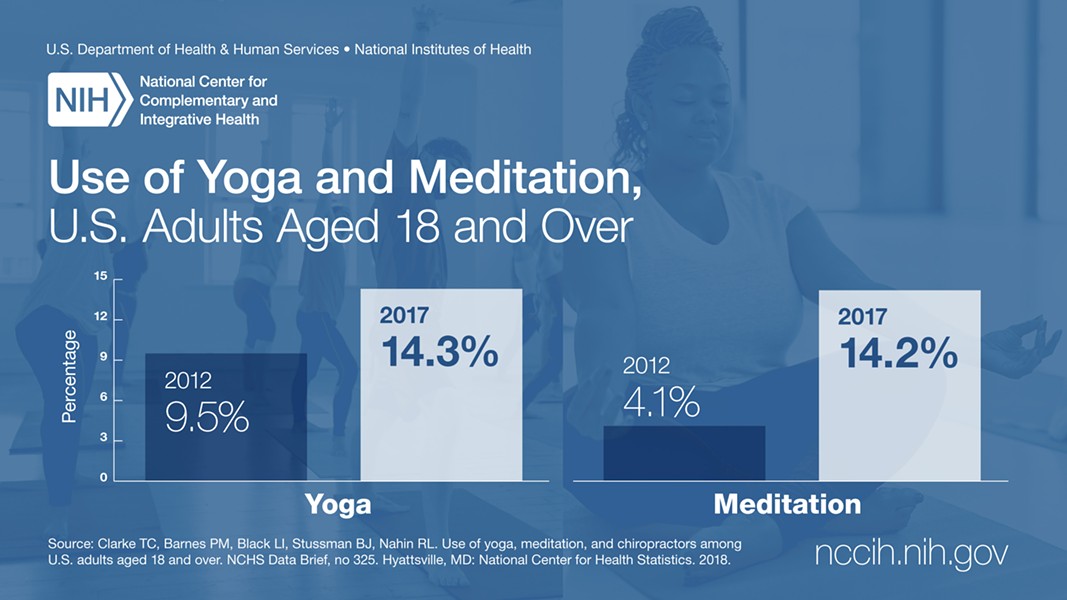 After a couple weeks, I was up to roughly 30 minutes of yoga and 15 minutes of meditation at home. In addition, I was averaging one or two yoga classes a week—all pretty significant for a coffee-fueled desk jockey who usually heads right home for the red wine. I also enlisted the moral support of a fellow hyperactive professional woman, allowing us to check in with each other about our progress. Together, we were going to WIN yoga, big time! We would be the most accomplished meditators Oregon had ever seen! (While we actually did utter words like those, it was in jest, of course, because there is no competition in yoga or meditation...)

Then the holidays hit.

Cookies and cakes and candy galore in the office. Holiday parties after work. And the worst wrench to routine of all: Holiday travel.

With gifts for nephews and parents and kid stuffed into my suitcase like so many college kids in a phone booth, adding a yoga mat to that mess was not an option.

Enter the "wearable yoga mat." A few brands are out there, but Yoga Paws, a mom and daughter company, sent me a set of their "paws" for hands and feet to try out—totally coming in handy for holiday travel. The paws have rubber material on the palms of the hands and soles of the feet, replicating that sticky material you get with your yoga mat. 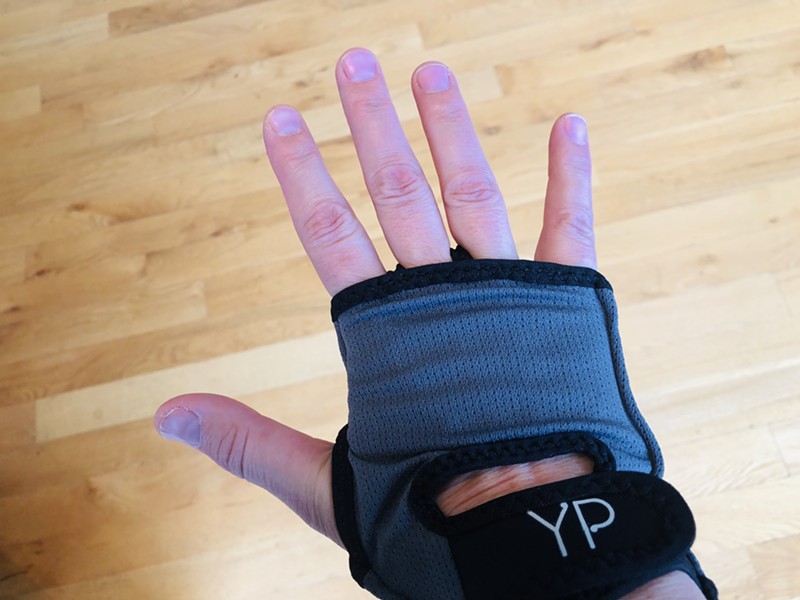 I tried them out at home first, and then took them along for my holiday break. It takes a little getting used to not having the stretch of the yoga mat between your hands and feet when doing a downward dog, and I had to play with the foot paws to get them to cover the balls of my feet—which I obviously use a lot in my practice—but once I worked through getting the right fit, I found the paws really useful.

While I didn't try them for such a purpose, I can also see them being helpful for 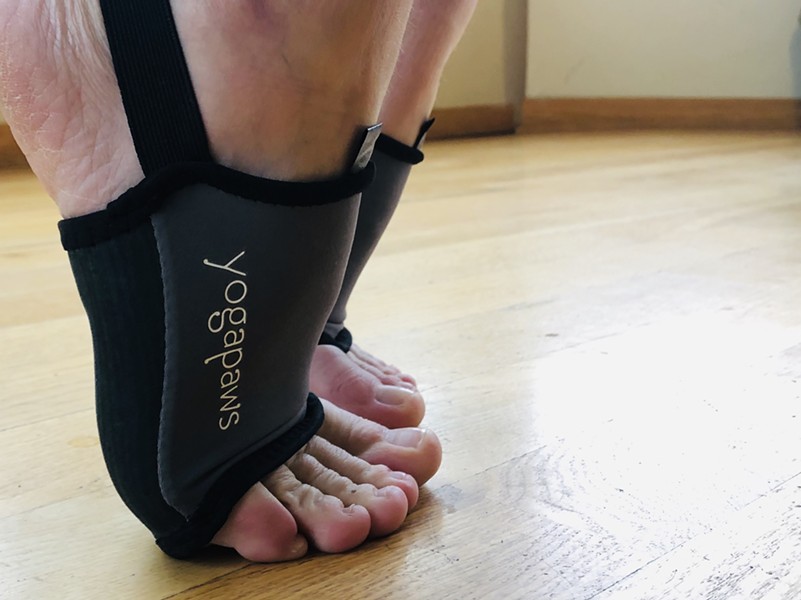 those hot yoga classes in which sweat is abundant, adding another layer of stickiness in a space that gets super slick, even with a mat. Since the paws don't cover the toes or fingers, you won't have much traction when you're all the way up on your toes—though admittedly, yoga poses that include that position are pretty rare.

Packing up to roughly the size of a beanie hat, and coming with a handy tote bag, I could stuff the paws into my overstuffed backpack and pull them out as needed. On a layover at the San Francisco International Airport, I was even able to bust them out for a quick sesh inside the Terminal yoga room. The space offers mats you can sanitize and use—but your own personal "mat" is pretty preferable in that public space. And that, in my mind, is exactly the benefit of a product like this—allowing me to keep up with my self-imposed regimen without a lot of hassle.

When I got home, I checked in with my friend about her progress, happy to report that I'd stuck with my goals and had even added time to my routine over the holidays. She, too, had stuck with it and was adding time week by week. Maybe we will both win yoga and meditation, after all...