You Are What You Eat | The Source Weekly - Bend, Oregon

You Are What You Eat

In 2013, the U.S. Department of Agriculture announced the impact of the act, citing a Harvard University study that concluded kids were eating 16% more vegetables and 23% more fruit at lunchtime. Another study by the Harvard School of Public Health showed that the new standards didn't contribute to increased food waste. 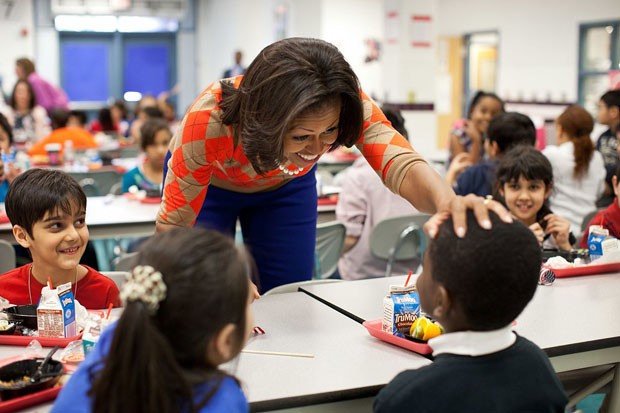 More recently, however, the USDA denounced these claims and suggested a new proposed rule and a drastic change to the current nutrition standards. In a 2017 statement to The New York Times, U.S. Secretary of Agriculture Sonny Purdue argued that the amount of reported waste was growing, and that the new health-conscious meals were "unappetizing" to students.

The Trump administration made the first major change in 2018, when the USDA implemented a new rule allowing schools to abandon sodium restrictions and forgo the incorporation of whole grains. Last month, the USDA introduced a proposed new rule that would allow the amount of fruit served to be reduced, and the calories the fruits represented to be replaced with granola bars and pastries. Fried potatoes would be considered a vegetable; fast food would find its way back onto school lunch menus.

Some local parents and nutritionists are concerned that the administration will continue negating pieces of the act bit by bit, until students are left with naught but french fries, donuts and highly processed chicken nuggets. Yet Garra Schluter, supervisor of Nutrition Services for Bend-La Pine Schools, confirmed that proposed changes wouldn't affect their current nutritional guidelines.

"Our goal will stay the same," she said. "We were implementing the same guidelines even before the Healthy, Hungry-Free Kids Act, and our focus on providing students with nutritious meals won't change."

Bend-La Pine Schools currently offers a variety of healthy options, including gluten-free and vegetarian options and a variety of meals made in-house, from scratch, from locally sourced ingredients. This month's Marshall High School menu lists a plethora of healthy options, including a daily offering of hummus and vegetables, teriyaki chicken and brown rice, house-made turkey noodle soup and herbed quinoa with chickpeas. While loosening restrictions could lead to an increase in cheaper, less-nutritious foods, BLPS will stay focused on offering healthier options. "I know that some existing requirements are going to be negated, like the incorporation of different colored vegetables in school meals," Schluter commented. "But this doesn't mean we're going to pull these vegetables. Our focus has always been providing students with fresh, healthy food."

“Nutrition in schools is so important, because kids are still developing. It’s important that we teach them how to be healthy humans.”—Larissa Spafford tweet this

Local nutrition therapist and mother Larissa Spafford wants local schools to go further. She regularly donates to the National Farm to School Network, which brings fresh, healthy food into schools, while teaching kids about sustainability and health through farming and gardening.

"I've noticed that over the past few years, things have gotten a little bit better," Spafford said. "Schools are slowly moving in the right direction. But we definitely have a lot of work to do. Up until recently, Summit [High School] students could get fast food for lunch. The fact that they can still get sugary cereals and pastries for breakfast is pretty sad. There's definitely room for improvement." She noted that a lot of major issues aren't being adequately addressed, like the use of poor quality, heavily-refined oils. "Nutrition in schools is so important, because kids are still developing. It's important that we teach them how to be healthy humans."

"The Healthy, Hunger-Free Kids Act was a game-changing way of providing low-income students with healthy meals—by relaxing these rules, the Trump administration is exacerbating a system where only those who can afford to eat healthy will be able to do so," wrote Gaby Delle Val of Vox.com when, in 2018, the USDA began relaxing rules. So far, six states are fighting back in court (California, Minnesota, Illinois, New Mexico, New York, Vermont and the District of Columbia), arguing that changing the law will negatively impact those who rely on school meals as their main source of nutrition.

Deanna Dewitt, nutritionist and owner of Elevated Wellness and Yoga, believes that early education makes a difference. She recently developed a program that brings healthy meals and snacks into Westside Shorty's, a local preschool.

"As obesity and childhood diabetes continue to rise, there is a bigger focus on marketing 'healthier' options for kids," she said. "I've seen more interest among schools, although we have a long way to go with public school system meals and healthy foods." She noted that she'd seen some progress firsthand when it came to early childhood development. "I've partnered with a local preschool and created an organic, nutrient-dense, whole-foods meal plan for them that includes healthy breakfast, lunch and snack options. The program was rolled out eight months ago, and within the first month teachers and the director mentioned that kids had more balanced energy levels and seemed more attentive during focused activity." Dewitt's goal is to open up the program to more local daycares and preschools in the coming months. "Many schools are still serving frozen chicken nuggets, highly processed foods and a high amount of sugary snacks."