You, too, play a role in winter snow removal | Editorial | Bend | The Source Weekly - Bend, Oregon

You, too, play a role in winter snow removal 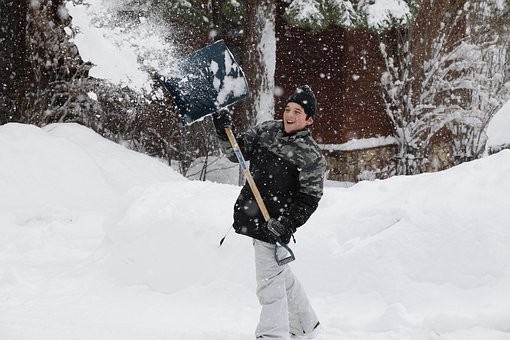 his week, officials from the City of Bend's Streets and Operations Department presented its Snow and Ice Management Plan to the City Council. Those who complained during last year's heavy snowfall season will be pleased to know that a reconfiguring of the shifts among the Streets Department staff is projected to result in a 23 percent per-hour increase in the plows on Bend's roads.

Yet with another common one, it's important to note that it's not just the streets department that needs to do the heavy lifting (pun intended). During the Oct. 18 work session, Councilor Bill Moseley pointed out that a major winter-season complaint is that the plowing of Bend's streets also results in berms of snow left in people's driveways.

With 40,000 driveways in the city, it's not feasible for the streets department to clear each and every one of those driveways. The city used to do just that, said streets staff, but it came at a cost of $500,000 and took five days of work time to complete.

When city workers do plow driveways in response to a service request, they say they start with a knock on the door. Why? As Mayor Casey Roats remarked, in some cases, "You'd get to some homes and there would be some awfully able bodied young men answering the door."

Today, residents can make a service request to have a city plow come and clear their driveway—but in the interest of cost-saving and the public good, those requests should be limited to those who are unable—and who don't have other help—to clear their own driveways. Indeed, that $500,000 the city once spent on doing a service that many households can handle independently could be better spent elsewhere.

Meanwhile, there's a very real possibility that the city will restrict parking on certain congested streets—perhaps through an even-odd clearing of cars or other methods—when there's a snow emergency. In other words, you may very well be required to move your car during snow events, so as to allow plows better access.

Your city government is making moves to improve the service levels during snow events, and just finished what Abbas called the busiest construction season ever as it relates to street improvements. You can also do your part.

And while we're on that topic, clearing sidewalks—where they exist in Bend—as soon as it snows is yet another way you can help ensure those less able-bodied have a prayer of leaving their homes during a snow event.

But here's yet another way you can contribute to the community conversation. At the Council work session, the Streets department also floated the possibility of "targeted, limited" use of salt in extreme winter situations. This, as you might know, is a highly controversial environmental issue, because, as Councilor Nathan Boddie put it, "A river runs through town, and when that stuff gets into the waterway, it's bad."

It's important to note that the streets department is not advocating for widespread use of salt, but instead only using it in cases of longstanding freezing, for example. Still, the department has not yet made a final decision on that topic, and will present a report to the Council at a later date. With that, now might be the time to weigh in to your Council on whether you support salting Bend's roads.