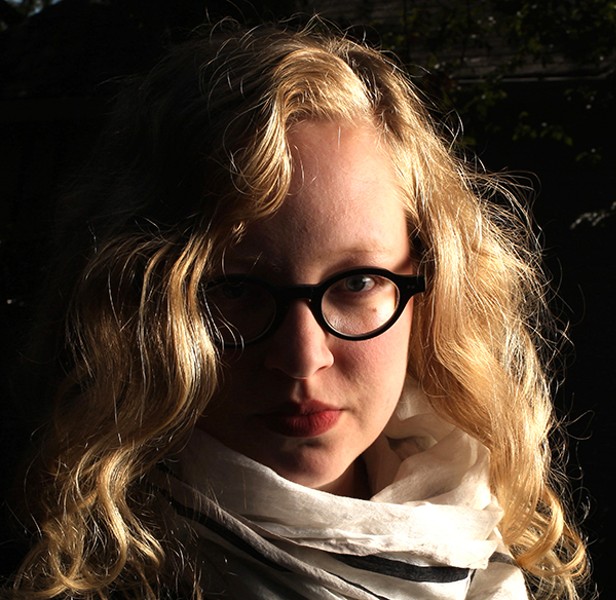 In her debut young adult novel, "Between the Devil and the Deep Blue Sea," April Genevieve Tucholke (pronounced two-HALL-key) weaves together a crumbling seaside estate, a handsome and mysterious stranger and a bookish young girl ready to be swept off her feet in the time-tested manner of all great gothic romances. The result is a thrilling, spine-tingling, read-with-the-light-on romp that takes readers to the edge of evil and back again. In the much-anticipated sequel, "Between the Spark and the Burn," our heartsick heroine, Violet White, searches for River Redding and his brother Brodie—who, after wreaking havoc in her life and the sleepy town where she lives with her brother and often-absent parents, have disappeared.

"The devil once told me that it's far easier to forgive someone for scaring you than for making you cry...the problem with River West Redding was that he'd done both to me, last summer," says Violet. And yet, it is perhaps this fear and longing that most intrigues the adventuresome protagonist. When she hears a random radio transmission telling of strange yet familiar events in a distant mountain village, she plunges into yet another dark and titillating journey.

If you read a lot of YA books, you won't be surprised by the darkness, death and evil elements that seem to permeate contemporary plotlines. Vampires, cancer, cataclysmic destruction of the ecosystem—it's all there, and has become a key component of a growing genre of fiction. Of course, the question of evil has long since preoccupied some of the most beloved figures in literature written for children. However, what seems new is how often this evil is not simply overcome by good, but rather takes on the ambiguity of real life. Bad guys aren't all bad; good girls aren't all good. For those that want to guard against exposing young people to these postmodern, complicated issues, many experts urge tolerance—after all, they allow developing minds to engage with the reality of death, evil and violence through the safe act of reading. And in some cases—as with Tucholke's Violet—these conflicted characters take readers through deliciously entertaining opportunities to explore morality, love, and what it means to be human.

Tucholke, who lives and writes here in Bend, has a similar view of her chosen genre.

With several other projects in progress—including a "Lord of the Flies"-ish post-apocalyptic novel—readers drawn to the creepy fringes can expect much more to come.