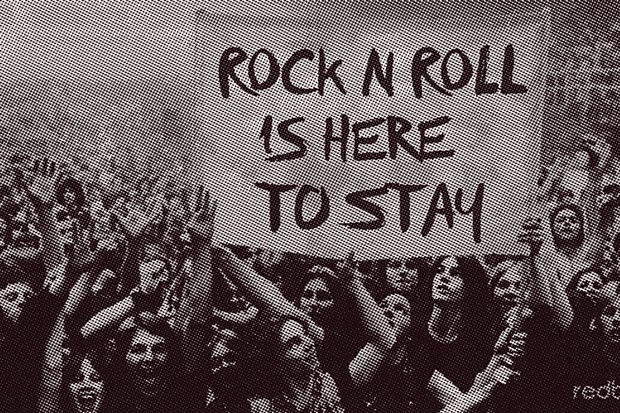 About 15 years ago, Fecteau says he was the owner of Rebound Physical Therapy and had just opened a sports performance lab within the business. His wife—who he credits as the founder of the event—found out that Neil Young's birthday was coming up and suggested they have a party for him in the lab. About 50 to 60 people showed up. There wasn't any live music; the event consisted of simply playing Neil Young records.

It wasn't until the third year of the event that they incorporated live music. That year, Fecteau joined forces with local musician-of-all-trades Patrick Pearsall and rented the Annex at the Domino Room on a whim. That Church of Neil, the first with live music, included a group of 10 musicians. This year, the event will include eight to 10 bands all performing Neil Young covers, with the intention of having no songs repeated.

"I started a chronology a couple years ago of the venues and where it's been," Fecteau says of the Church of Neil. "We've had it be commercial, above ground, a couple different times, but it's known for being a word-of-mouth, underground event, so we've also done it the other way, too." In the past, Church of Neil has taken place everywhere from Spoken Moto to a vacant warehouse, condemned by the City of Bend two days after having multiple stages and 900 people packed inside for the event.

"It's about the music and about the people who love the music and the environment it sets up, and the synergy it creates," Fecteau says. "How we do it is interesting every year and every year has its magic, especially with the musicians involved."

Many of the musicians performing at Church of Neil have been involved for many years, but this year will include new performers as well as two house bands. New to the event is the band Sleepless Truckers, featuring the vocals of Nashville transplant Phillip Austin. Pearsall put together a Neil band specifically for the event, including the triple-threat guitar squad of Mark Ransom, Travis Ehrenstrom and Tim Schroeder. Two drummers, two keyboard players and the Cinnamon Girl Choir, consisting of vocalists Stephanie Slade and Crystal Pizzola, among others, round out the band's lineup.

This year's event takes place at Worthy Brewing and includes eight bands on three stages, both indoors and outdoors. Roger Worthington, owner of Worthy Brewing, offered the entire Worthy campus and his staff for this year's Church of Neil.

"They've brought a whole new level of professionalism and organization to the event," Fecteau says. "Details we'd never thought of before. Everyone involved in this is just doing it on the side along with their crazy busy lives."

Church of Neil is a nonprofit under the Bend Roots umbrella of events, which also includes Bend Roots Revival, Dead at the Doj, Ukes for Youth, the Bend Roots Teaching Collective and more. The event acts as a fundraiser for Bend Roots and Rise Up International, which provide music education throughout the community. Each band performing at the event gets 30 minutes to make their mark in a setting similar to Bend Roots, where people can wander through the grounds and hear all different kinds of music.

"Church of Neil is an underground event gone public pop culture... a bittersweet change," Ransom says. "But I think this move indicates mainstream consciousness opening to counterculture perspectives. Neil's music is about social justice, honoring difference and giving voice to marginalized perspectives. Regardless of what one's preconceived judgment of Neil's music is, I hope everyone in Bend comes out to listen to a bit of what this amazing songwriter has reflected."