Young people—both locally and nationally—are at the heart of many of the ongoing protests against police brutality.

This past weekend, hundreds of people descended on Prineville for a peaceful protest along the town's main drag, coming together to show solidarity with other Black Lives Matter protests nationwide—but also to stage a big showing in a town where at least one local Black resident, Josie Stanfield, has said she's experienced pushback and threats from other residents opposed to the movement. In Bend, Juneteenth brought the Take Back the Butte event, and a Juneteenth picnic in Drake Park. While adults have organized and shown up for many protests, young people are also organizing and showing up in great numbers. 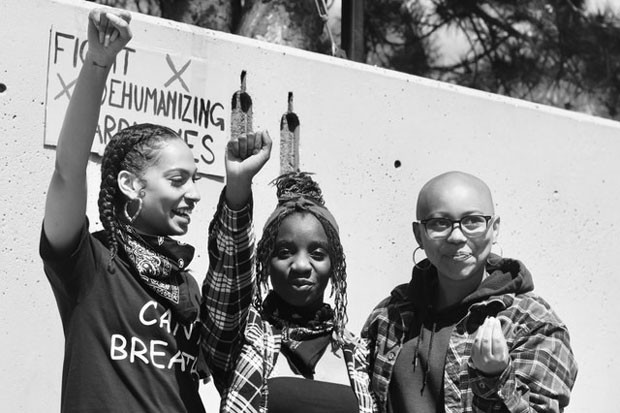 I talked to some local youth activists about what this movement means to them.

Jace B., 16: I think the strangest thing I've seen was at the first protest at Peace Corner and an absolute legend of a human being decided to make loops around the protest in his hoverboard holding a BLM sign. We cheered him every time he came around. That's probably the funniest and strangest thing that's happened.

Maya Gardner, 17: I have organized and attended quite a few protests, but it wasn't until the BLM movement that I saw the true power in protesting. The first protest in Bend was a few days after that horrible video showed the world the truth yet again. I went with my friend, expecting to only stay a few hours. I was first shocked to see how many people had turned up as it had been announced only a day before, but what was more shocking to me was hearing the stories and the voices of the people of color in our community. I had decided to be ignorant for a long time, I had decided to ignore the racism in my community and within me, and seeing these moments... moments where the organizers and protestors would talk about the pain and the fear they feel every day made me realize how privileged I am. It made me realize that the Black Lives Matter movement isn't a momentary fad for me to participate in; it is a lifelong commitment to helping better our country.

Keitlyn Nguyen, 16: I think the weirdest moment is when I saw a group of kids just casually smoke and ask if anyone wanted to smoke with them during the last protest I went to. They were holding signs, but I couldn't exactly tell what their motives were.

Andrea Maria Vazquez Fernandez, Visual Artist/Activist: Seeing people of color in Prineville stand with All Lives Matter and Trump supporting protesters, as well as the lack of policing onto white and hateful groups of people towards peaceful protesters and POC/black folks is what surprised me the most. It is not ignorance but an intentionally perpetuated arrogance.

SW: What's the most opposing occurrence/group you've come across at local protests?

Gardner: When protesting in Prineville, I was able to see a counter protest for the first time. I had always protested in Bend and while we have an extremely supportive community; Prineville does not. Though they mostly remained peaceful, it was bizarre to see people walking through town with tear gas canisters and AK-47s at a peaceful protest. They kept trying to rile our group up by chanting and waving their guns around. There were many moments where I felt as if our group was in danger and the white members of the group got in front of the BIPOC to protect them in case there was violence. I now expect counter protesters, but usually they stand in silence. The ones in Prineville said horrible, horrible things, racist things, inhuman things, and hearing later that the organizers receive death threats just hurts me. 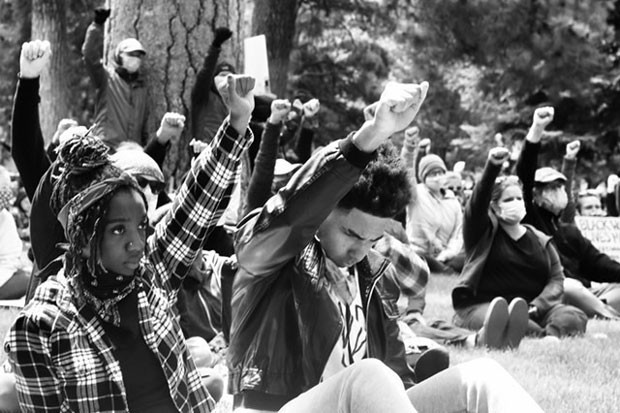 Nguyen: Well, the most opposing would be the trucks that want to run over protesters or the trucks that would spew their engine or something similar while people were protesting. I think people were just angry and annoyed because there's a little rage in everyone; even I felt the need to go up to that truck and tell them to f-off. We were marching down to some street and these people decided to show up and wave their confederate flag around to piss us off. They did it earlier in the day and drove around, but a bunch of people got around their car and one of the protesters took their flag, pulled out a knife, ripped it up, then threw it back into the window of their car. And then there's also toxic positivity... the people who post on social media about police being on our side. And then we also have the people who think that a statue is more important than human lives. I got into an argument calling out a dude because he thought that it was stupid that people were ruining monuments and he's like, "If you don't like this country get out of it" and says all this gross stuff. Basically, I called him out and said, "why are you whining over a monument getting ruined when we can replace it?"

J.B.: There's been a handful of different counter protestors. In Bend, it's typically just been a couple of dudes in big trucks revving their engines and gassing protestors out. Prineville has been much more concerning, though; we've seen members of the Proud Boys, Three Percent Militia and Bikers for Trump, all of which are heavily armed for the most part.

SW: How do you think the virus plays into this? Have you seen people social distancing and wearing masks, or have you seen a lot of people ignoring health precautions?

Nguyen: Most people have been wearing masks, but there's also a majority who don't. Personally, since COVID rates are going down I think people think it's unnecessary to wear masks now, but COVID rates are starting to shoot up again.

Gardner: That was a huge fear of mine when I started going. But at all of the protests I have been to, people have been wearing masks, passing out masks and hand sanitizer and wiping surfaces. Distancing has been harder, but for people concerned about their health there is always room to stand behind.

Vazquez Fernandez: I have seen protesters working in solidarity towards BLM and in amplification of Black Lives to have shown up with masks and willing to do the work as asked by their communities of color. However, in Prineville, not one of the counter protesters had a mask, nor the police, which I find not only a public health and safety issue but more so a counterproductive perpetuation of policing's power in the hierarchy of public service. 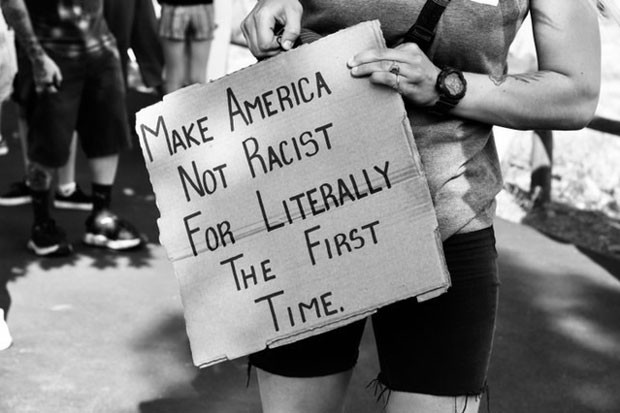 J.B.: Almost everybody at the protests wears masks and it's a pretty common sight to see people giving out those blue paper ones. Ultimately, I feel like the protesters don't have an issue with quarantine but feel like the injustice that we've seen has pushed us to the point where we have no choice but to speak out. Many of the people I've talked to have said that they are willing to risk their lives with coronavirus to fight for liberation and against oppression.

SW: Could you tell me a little bit about how you personally have involved yourself?

Gardner: I started off by going to protests and trying to use my Instagram as a platform to spread useful information and education. Through protest attendance, I became a member of COBLA and was put in touch with a local group of teens that plan events. Currently I am leading the efforts to inspire and demand that the Bend La-Pine School District does more to be actively anti-racist. I first made a petition and then worked to get a formal version signed at a protest; my group is now going into the next phase of communicating with the school board.

Vazquez Fernandez: I have come into this work from a place of love as a Caribeña and Latina, working to establish equity through placing an emphasis on how Black lives matter right now and using my own art forms to liberate both myself and our collective humanity from systems of colonization and oppression as people of color. I work to move beyond the inherit bias we have perpetuated for marginalized Indigenous, Black and brown communities by showing courage in promoting diversity and having difficult conversations through coming into these spaces with compassion, humility, and love.

J.B.: Before the protests started, I was already involved with the Central Oregon Chapter of the Socialist Party USA, so I had a lot of connections in the local activism scene. Due to the protests though, I've met a lot of new people and have gotten involved in Bend 4 BLM and am in frequent discussions with COBLA and The Central Oregon Diversity Project.