For local cannabis companies, staying within the bounds of the law becomes even more crucial

It's time to come clean and admit it: I'm a supporter of the cannabis industry (I know, pick up your jaw, please). I firmly believe our decades-long strategy of prohibition has failed. Cops should not be locking up people whose only crime is a desire to make a Jimmy Page guitar solo a transcendental experience. We give $5 billion annually to the corn industry; the least we can do is stop criminalizing marijuana farmers.

That said, the cannabis industry has to meet me halfway here. 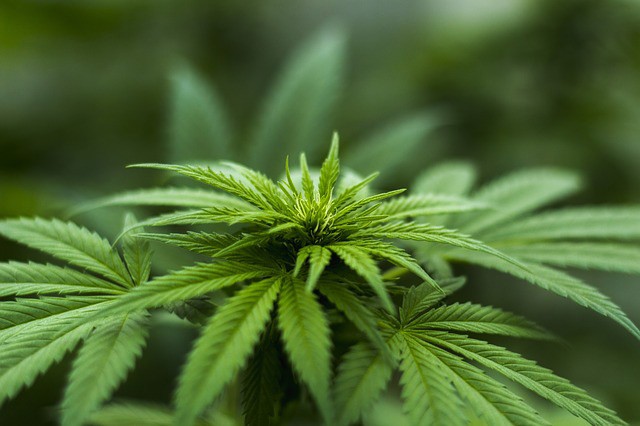 In a Deschutes County Board Hearing July 17, the Commissioners unanimously voted to reject an application for marijuana production and processing near Alfalfa, because two of the business partners are being investigated for arrests related to illegal marijuana production and trafficking. One of the defendants, Jacob Onat, testified last January to the board that he would have a significant hand in running the proposed operation in Alfalfa. He was then arrested in May. The Board cited applicant credibility and public safety concerns in denying the application, which was filed with the county last year.

"It's true that people are innocent until proven guilty," Chairperson Phil Henderson said, "but these are pretty serious charges."

I have to ensure I'm not in a spoon-bending alternate reality as I say this, but I agree with Henderson. The New industry players need to reflect a willingness and ability to play by the rules. When an applicant testifies that he'll abide by Deschutes County regulations—as well those drafted by the Oregon Liquor Control Commission, we must do more than take his word for it. And if he violates those very rules in another setting, it's fair to take that into consideration.

Moreover, this is a situation where the Oregon Land Use Board of Appeals will likely agree with Deschutes County. In Lee v. Marion County, a LUBA decision involving a bed-and-breakfast applicant, LUBA said it will not overrule local governments who find credibility problems associated with evidence provided at land-use hearings. This is a pretty consistent maxim in litigation. State and federal appeals courts tend to defer to the trial-court factfinder when cases hinge on witness credibility.

This isn't the only blow suffered by this applicant in the past month. High Desert Equity Partners, Inc., which holds an OLCC marijuana retail license in Bend for The Local Market cannabis dispensary, (and which was behind this land-use application) agreed to an 18-day suspension or a $2,970 fine for an OLCC violation. While this particular issue didn't arise during the county's deliberations, it certainly presents a challenge for the company's vertical-integration plans. We reached out to the company but did not receive a response by press time.

We’ll win no new converts if mugshots and explosions dominate the news coverage of this industry. tweet this

This denial also comes on the heels of the OLCC and Bend's Oregrown reaching a stipulated settlement on June 20, resulting in suspensions and fines for multiple violations at its production facility. (This is to be distinguished from its dispensary location, which has not been fined or suspended as part of this settlement.) Alex Tinker, Oregrown's lead counsel, had this to say: "The violations at the core of this settlement were committed by a former employee and suspension marks the end of the problems he caused. Oregrown terminated his employment when it learned of his unauthorized removal of seeds and plants from licensed premises. While Oregrown couldn't have stopped that employee from doing what he did, the law makes licensees responsible for the actions of their employees. The company accepts that responsibility, and views the settlement as fair and appropriate."

I've frequently used this platform to spotlight what I see as hypocrisy among our elected community leaders in overly regulating cannabis, an industry that inflicts comparatively little harm on the community as compared to many other industries (the Bend craft brewing craze comes to mind). But we'll win no new converts if mugshots and explosions dominate the news coverage of this industry.

In a bipartisan hearing on Capitol Hill, the U.S. House Judiciary Subcommittee on Crime, Terrorism, and Homeland Security listened to testimony in support of an end to federal prohibition of cannabis. This was the first such hearing in the history of the U.S., (or at least, since the Drug War was spawned by Nixon in the '70s). Several medical and legal experts testified in front of the Subcommittee. One of the issues was the collateral effects of the drug war against historically marginalized populations. People of color are four times more likely to be arrested for marijuana possession than white folks, and prior arrests or convictions have posed a serious barrier to black and brown people when it comes to participating in the legal cannabis market (or any employment, for that matter).

Instead, the very wealthy (and very white) have been the real beneficiaries of marijuana legalization. Many states—including Oregon—are working to expunge past marijuana convictions, but the entire country will soon need to reckon with its own hypocrisy in continuing to punish those arrested in the past for actions we no longer punish today.