The Lighter Side of Lockdown

Starting in March of this year, Central Oregon families got to know their family members a little better than they imagined (or perhaps ever wanted). With the COVID-19 pandemic forcing a nationwide quarantine, parents had the opportunity (were forced) to spend every moment with their children while providing round-the-clock care, including schooling and entertainment. 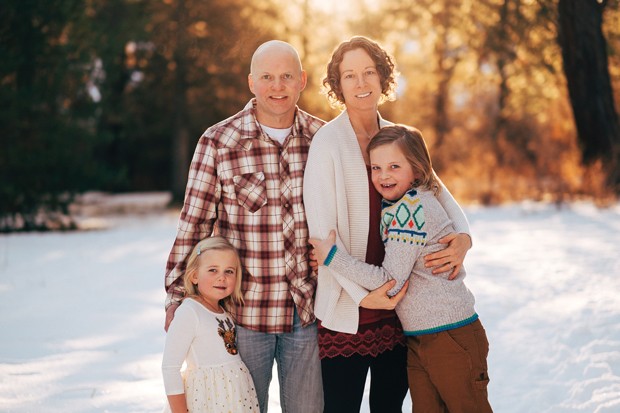 While plenty has been said about the hardships families have endured, some parents claim that being quarantined with their kids taught them valuable lessons, provided hilarious moments and has even been a blessing at times.

With a bit of snark and a whole lot of love, the following are some silver linings and laughs local parents shared while on lockdown with their kiddos.

My son had a daily Zoom call with his class. Since he's in third grade, he was allowed to take home his iPad. Often during his daily Zoom call, he would walk around holding his iPad while his teacher was talking. More than I'd like to admit, my son caught me in the background looking like a hot mess, hair going everywhere, and wearing super comfy clothes. One time he walked past while I was half-naked and getting dressed. I was horrified. I have no clue who saw me.

My daughter, in kindergarten, would use my laptop for her daily class meetings. During most of those, she would be fully naked, her hair unbrushed for weeks, doing couch gymnastics and eating candy. I'm sure she didn't learn a single thing in those three months. I'm pretty sure she went feral. 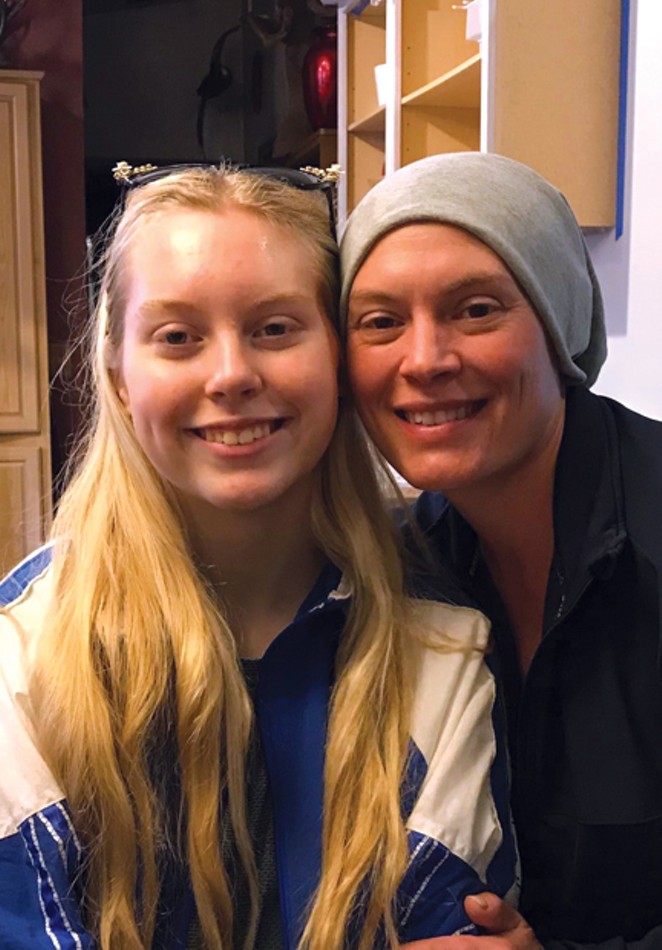 "I think the biggest things I have learned is that my kids are stronger, more resilient and kinder than I hoped for. Being home with them during my surgery, I had to lean on them to help me do things like shower or even pour a cup of coffee or put a pillow under my head. I learned that I am a better parent than I give myself credit for because my kids truly stepped up, never once complaining about having to help me at any hour of the night. I learned from them that I have taught them how to be compassionate and genuine humans in this [messed up world]. I'm pretty damn proud of them.

I appreciate the little things like a note tucked in my book that simply says, "For mom, I hope you feel better today. I love you." I learned that I am not a teacher, and how much teachers are unappreciated and undervalued. Trying to get my kids to open their iPads was a chore, and teachers have 30 more kids than me. I could never be a teacher because I'd end up in jail.

So, for me...I am soaking up each and every moment. I love being quarantined with my family."

"Thinking about what the past four months have been like for our family is a whirlwind. Times went from feeling like you were in a boat in a storm to now feeling like life is like being a battle bot. Learning how to distance learn while working full time running an emergency homeless shelter is something I have no idea how I survived. (Actually, I do know, it was Zoom therapy twice a week for the entire month of April). The crazy thing is, I really would not trade it for the world. Our oldest transitioned from this young fifth-grade kid to a pre-teen boy right in front of my eyes. I didn't miss it. I learned exactly how my daughter learns best and that she hates to spell the word, "what" because she always forgets the "h". And our youngest blossomed into a chatty five year old. I didn't miss any of it. Life forced me to stop. My children have learned to do laundry, unload the dishwasher, talk about how they feel and raise chickens. They also now keep vampire hours, sleep in my room and ask for reassurance regularly that we are all going to be OK." 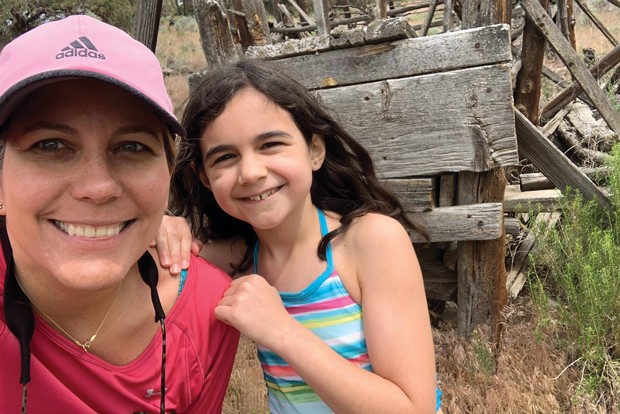 One of the most interesting discoveries for me was how to unlearn math in order to explain fractions to my third grader. How do you train your adult brain to not go right to the answer or result? Pizza! Drawing a pizza and dividing it into slices and then making the pizza and following the recipe: 2/3 cup of flour, 6/6 tomatoes...Thank God for pizza! 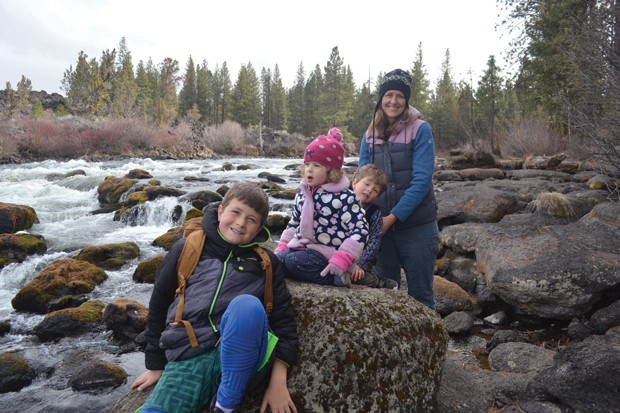 Our four-and-a-half-year-old twins are learning math from Team Umizoomi! They can almost count to 100, do simple addition and randomly tell me what two numbers add to. We've also enjoyed a lot of family time with all five of us. We are closer than ever, figuratively, and physically! It's been really nice finding things to do in nature without having to "consume" our entertainment with things like trampoline parks, arcades, etc. Great excuse to reconnect to each other and nature.

Things our family of four has learned during the pandemic: It's possible to finish Netflix, junk food disappears at up to four times the rate of vegetables, there is way more gardening space in our backyard than previously believed, no amount of bribery or threatening can motivate children to pull any more than 8 square inches of weeds per week, excessive eye-rolling causes soreness, buying a puppy is actually super effective at convincing teens to use birth control and it takes twice as much booze to dance at a streaming concert than it does at a live one. 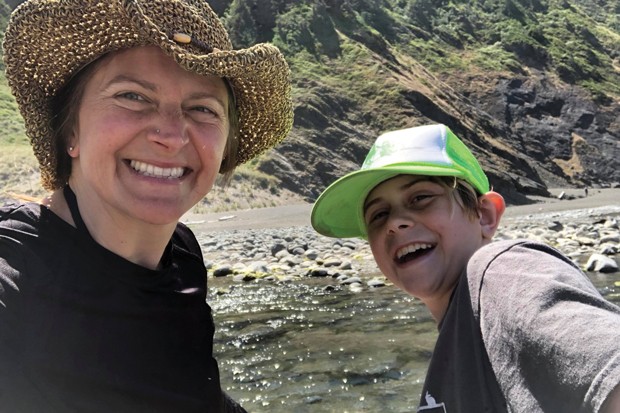 I've learned more math this quarantine than I did in school. Teaching my fourth grader math and working problems right along with him helped me relearn what I had lost. Plus, the way they learn math is not how I learned it. 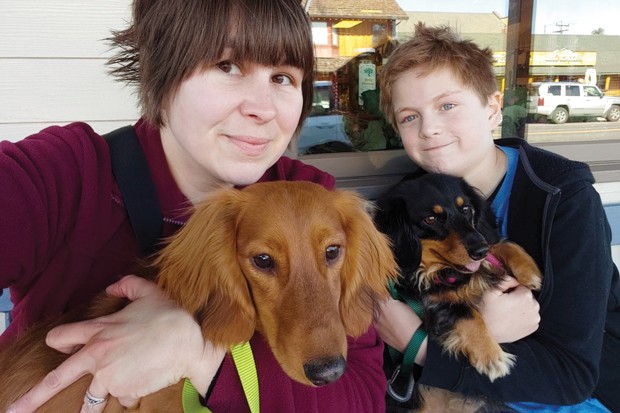 I learned that my son is way more like me than I ever thought. Our arguments got us nowhere as I was basically arguing with myself. Needless to say, there were many calls to my dad apologizing for what a stubborn child I was. But, even through all of our disagreements, I also learned just how many nerdy things we have in common as we binged Star Wars, planned designs for battle robots and discussed which superpower would be beneficial in various situations.